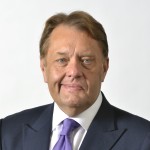 On Wednesday 2 December, John Hayes MP (UK Security Minister at the Home Office) will be officially opening this year’s Transport Security Expo at Olympia, London. An MP since 1997, Hayes has held a number of shadow ministerial and Government roles, including Minister of State at the Department for Transport and senior Parliamentary Advisor to the Prime Minister.

Continually evolving to reflect both the changing security landscape and the industry developments designed to meet emerging threats, Transport Security Expo will feature a number of new initiatives in 2015. These include:

The Future Borders Experience will provide a unique insight into next generation border security capabilities both through its exhibition features and its dedicated Presentation Theatre.

World of Perimeter Security will make Transport Security Expo the first-ever trade show to offer a complete end-to-end integrated solution for protecting critical and sensitive sites, all delivered in a single interactive tour.

Co-ordinated with the assistance of the Home Office and the UKTI Defence and Security Organisation, the International Delegations Lounge will be at the very heart of the Expo, ready to welcome over 30 official Government-hosted delegations.

From vehicles designed to transport cash and valuables through to high-end luxury limousines protecting VIPs and diplomats, the Security Vehicles Zone will be the largest-ever at Transport Security Expo. 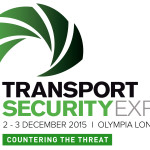 Supporting the exhibition will be a conference programme designed in close collaboration with an expert Advisory Board. Open to everyone to attend, free of charge on a first-come, first-served basis, the sessions will feature some of the most renowned opinion leaders in the industry.

Peter Jones, CEO of Transport Security Expo’s organiser Nineteen Events, commented: “This is an important milestone in the history of Transport Security Expo. It will be the first time the event has been officially opened by a Minister of State. That directly reflects the closeness with which we are now working with Government – including the Home Office and UKTI DSO – and the support they are providing, including the official invitation to international delegations to the event.”