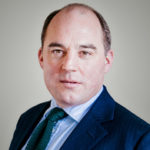 A consultation has been launched on five new Codes of Practice under the Investigatory Powers Act 2016. The Codes of Practice set out the processes and safeguards governing the use of investigatory powers by public authorities including law enforcement and the security and intelligence agencies. They also afford detail on how the relevant powers should be used, including examples of Best Practice.

Following consideration of the responses to the consultation and any consequent amendments, the Codes of Practice will need to be laid before Parliament for approval.

Publishing the consultation, Security Minister Ben Wallace said: “The draft Codes of Practice published for consultation set out in considerable detail how investigatory powers work in practice and the safeguards which govern them. They’re intended to provide additional clarity and ensure the highest standards of professionalism and compliance with this important legislation. All responses will be welcomed and carefully considered.”

The Investigatory Powers Act 2016, which was granted Royal Assent in November last year, provides “world-leading” transparency and privacy protection. It received unprecedented scrutiny in Parliament and was passed into law with cross-party support.