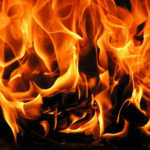 Employers and business owners are being asked for their views on fire safety in workplaces in England as part of a Home Office call for evidence. The central Government department is seeking feedback on the Regulatory Reform (Fire Safety) Order 2005, which underpins fire safety in business premises such as offices, warehouses, shops and commercial venues to ensure that they’re deemed fit for purpose.

The call for evidence follows the publication last year of Dame Judith Hackitt’s Independent Review of Building Regulations and Fire Safety, which was commissioned by the Government after the Grenfell Tower fire.

The Regulatory Reform (Fire Safety) Order 2005 places legal duties on those responsible for the safety of people using business premises. This is typically an employer or business owner who must carry out fire risk assessments and ensure the safety of staff and others.

Nick Hurd, minister for policing and the Fire Service, commented: “The Grenfell Tower fire was an unimaginable tragedy and we’re determined to do everything we can to stop such an occurrence from ever happening again. The Government is making good progress on improving the safety of high-rise flats, but we must also look at the wider building safety landscape, including the places where we all work. To help keep people safe, we want to ensure the Regulatory Reform (Fire Safety) Order 2005 is fit for purpose. To do this, we need to understand how it’s working on the ground and make informed decisions in the future.”

The Regulatory Reform (Fire Safety) Order 2005 covers all non-domestic premises, as well as the parts of residential buildings used in common, such as corridors and stairwells. Under the Order, those responsible for fire safety in regulated premises include employers, business owners, landlords, occupiers and anyone else in control of the premises, such as building and facilities managers.

All of these ‘responsible persons’ are being urged to respond to the call for evidence.

*telling staff or their representatives about the risks identified

*planning for an emergency

The call for evidence will run for eight weeks, concluding on 31 July 2019. An analysis of responses will be published and inform the Government’s next steps later this year.