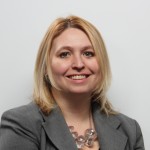 In future, big businesses will have to publicly state each year what action they’ve taken to ensure their supply chains are free from modern slavery. The Transparency in Supply Chains duty that has been announced by Conservative MP and Home Office minister Karen Bradley goes further than any similar legislation across the globe by being applicable to all commercial organisations carrying out business within the UK and which have a total annual turnover above £36 million.

To run alongside the provision, Bradley – the Minister for Preventing Abuse and Exploitation – has also announced the publication of a special statutory guidance document which sets out in some detail what businesses must do to comply with the legislation.

Speaking at an event held in Westminster, the Home Office minister talked about the significance of the new duty and also made a point of thanking industry figures for their collaboration which has ultimately led to the publication of the guidance document.

“Modern slavery is a despicable crime which exploits the most vulnerable in our society,” stated Bradley. “The Government has introduced harsher penalties and better protections for victims through the landmark Modern Slavery Act. The new duty we’ve announced means that major businesses will, for the first time, be expected to be transparent about the action they’re taking to address modern slavery in their global supply chains. Consumers, businesses and investors will now have valuable information to hand about the companies they’re supporting.”

Bradley added: “If they don’t take action to prevent modern slavery in their supply chains then, put simply, businesses risk damaging their reputation or their bottom line.”

The new duty requires companies to make a statement setting out what steps they’ve taken to ensure modern slavery isn’t taking place in their own organisation or supply chains to which they’re attached or, alternatively, to state that they are taking no action.

Firms must now place a link to their statement in a prominent place on the Home Page of their website, or otherwise provide a hard copy within 30 days where one is requested in writing if they do not have a website.

It’s estimated that the new Home Office measure will require around 17,000 businesses that operate in the UK to make a statement every year.

Home Office to be notified

In tandem, public bodies including the police service, local authorities and the National Crime Agency are now required to notify the Government “where they have reasonable grounds to believe” that a person may be a victim of slavery or human trafficking.

It’s estimated that there were between 10,000 and 13,000 victims of modern slavery in the UK during 2013, with only 1,746 potential victims referred to the National Referral Mechanism (NRM).

Given the hidden nature of modern slavery, it’s likely that only a small proportion of victims are encountered by public authorities and, of those, a smaller proportion are referred to the NRM.

Other public authorities and non-Government organisations are being encouraged to make a voluntary notification despite not being bound by the duty in order to help build the picture of modern slavery across the UK.

The Northern Ireland Retail Consortium (NIRC) has welcomed the Minister for Justice David Ford’s comments and contribution to the debate on modern slavery.

Aodhán Connolly, director of the NIRC, stated: “We are not only welcoming of the stance that the Minister for Justice has made on this issue, but are glad to see that he has highlighted the efforts of civil society to combat injustice. It was UK retailers who campaigned hard, in partnership with other stakeholders, to have the transparency clause inserted into the Modern Slavery Act. For many years, our industry has strived to prevent the exploitation of workers through a number of voluntary measures.”

Connolly continued: “We’re pleased to welcome the commencement of the Transparency in Supply Chains Regulations. As an industry, we have long argued that the greater the number of businesses who are engaged in the conversation around modern slavery the better chance we all stand of tackling it effectively. We see the transparency requirements as a crucial step in enabling business to talk in a sensible way about the problem of modern slavery, the steps that can be taken to guard against it and how to deal with the issue if it’s uncovered in a supply chain.”

British Intelligence Higher Apprenticeship in IT, Software, Internet and Telecoms unveiled by GCHQ