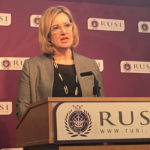 Home Secretary Amber Rudd has announced a substantial Government investment of £6 million in ambitious projects designed to tackle modern slavery around the world and provide vital support for victims. The first Modern Slavery Innovation Fund awards will be shared by ten organisations working to eradicate this form of crime, particularly in countries from which victims are trafficked to the UK.

The cash injection will help pay for projects orchestrated to stop child slavery in factories supplying products to this country and work to identify and disrupt key human trafficking routes to the UK used by organised crime gangs.

Direct interventions will help in supporting vulnerable victims, bringing those responsible to justice, and improve local law enforcement responses to slavery. The investment will also fund crucial research into this global issue and help raise awareness in key ‘hotspots’ to prevent exploitation.

The Home Secretary announced the successful bidders while speaking at a Royal United Services Institute event on Wednesday 15 March focused on the role of financial institutions in tackling human trafficking.

“Modern slavery is a global Human Rights outrage that casts a dark shadow around the world,” urged Rudd. “Such barbaric criminality affects every country. This new funding will protect those who risk being trafficked to our shores or who suffer intolerable cruelty to make the products we buy. The UK is leading the international response, but we cannot fight modern slavery alone. It’s imperative the world unites and strives to end slavery together.”

The global trade in humans has been estimated to cost $150 billion per annum, with 45.8 million victims of slavery around the world and anywhere between 10,000 and 13,000 here in the UK.

The £6 million block of funding is the first investment to be assigned from the £11 million Modern Slavery Innovation Fund announced by the Home Secretary last year. The fund forms part of £33.5 million of overseas aid funding set aside to support the UK’s lead in the global fight against modern slavery.

The Government’s “world-leading” Modern Slavery Act 2015 gave law enforcement new powers to tackle these crimes, introduced tougher sentences and increased protection for victims, but there’s more to be done and, as a direct result, the Government has continued to act.

Last summer, the Prime Minister announced that she’ll chair a Modern Slavery Task Force focusing on the law enforcement response, while the Home Secretary instructed Her Majesty’s Inspectorate of Constabulary to conduct a detailed inspection of the police response.

In October of last year, the Home Secretary also set out the details of an £8.5 million fund to be used to support law enforcement agencies in tackling modern slavery, providing over 50 additional analysts, specialists and investigators who’ll assist the police service in England and Wales to provide high quality intelligence and analysis in order to assess the threat at both the national and regional levels.