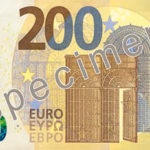 A new report on banknote security features reveals that holograms will continue to play a central role of issuing authorities’ strategies designed to tackle counterfeiting and criminal activity. The Diffractive Features on Banknotes Report, produced by Currency Publications Ltd, traces the history of Diffractive Optical Variable Image Device (DOVID) technologies over three decades. These are used in their billions to authenticate notes and protect them against forgeries.

Covering trends in currency DOVIDs, the report describes the banknote industry as being cautious when it comes to integrating new technology, particularly as the cost of ‘getting it wrong’ in terms of a feature that either doesn’t work or causes problems in production or circulation is high.

The success of DOVIDs on banknotes is based as much on their vibrant physical effects as it is on the underlying technology which provides their security properties. They are first and foremost a feature for the public, who are increasingly seen as the ‘first line of defence’ against counterfeiters, so the ability to engage the public with their striking appearance is key.

Since their first use on banknotes in 1988 – on Austria’s 500 shilling and Australia’s $10 commemorative note – they now appear on 293 banknotes out of just over 1,000 banknotes in circulation. That’s 30% of the total. The number of currency issuers with at least one denomination featuring a DOVID is 93 (ie 50% of all issuers). 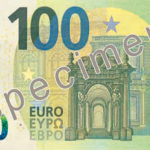 The DOVIDs are applied in the form of threads, patches or (predominantly) stripes. There’s an increasing move to incorporate ‘windows’ in banknotes (not just polymer, where they have always featured, but also paper-based notes, too). The ability of DOVIDs to be incorporated within these windows so that they can display different and striking visual effects from either side of the notes has seen a resurgence of the technology in recent years.

Examples can be seen in the new series of banknotes introduced only recently in the UK, Canada, Australia, New Zealand and also in the new Euro banknote series, the last two notes of which have just been issued.

What does the future hold?

The important question for the sector is what the future might hold, given the advent of other optically variable features for security, plus new methods of payment and the growing traction of cashless transactions.

Even as digital technology is being used to drive alternative methods of payment, banknotes in circulation continue to grow in most parts of the world. The report finds that the future for DOVIDs on banknotes is as bright as ever.

Developments in optical and materials will drive growth, while the use of combinational origination technologies is set to increase, states the report, adding ‘…so long as banknotes continue to be widely used as a means of payment and storage value…and so long as the main suppliers continue to innovate for enhanced effects with other features and with the banknote itself, then we can safely assume that DOVIDs have a bright future’. 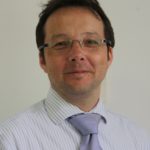 Dr Mark Deakes, director of optical and authentication technologies at Reconnaissance International** (joint owner of Currency Publications) and lead author of the report, said: “This is an important report because we’re living through a watershed period in how the future of cash in societies across the globe will appear and be managed. There will always be a central role for banknotes in any payments ecosystem, while the need for secure, cost-effective features that the public recognise remains as strong as ever.”

Deakes added: “DOVID technologies are understood and proven solutions. The difficulty they present to criminals and counterfeiters cannot be overstated. This is precisely why they will continue to be highly regarded and used by banknote issuing authorities well into the future.”

*The Diffractive Features on Banknotes Report is available to view in full at https://www.reconnaissance.net/

**Reconnaissance International is a leading provider of specialist intelligence designed to keep customers informed about the latest developments in their industry. The company also arranges several global industry conferences in the secure document, anti-counterfeiting, banknote and coins sectors

Latest update on PD 6662:2017 for intruder and hold-up alarms issued by NSI