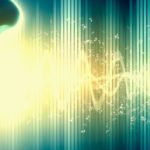 Her Majesty’s Revenue and Customs’ (HMRC) controversial collection of millions of Voice IDs is facing a backlash as thousands of taxpayers are opting out and deleting their Voice IDs. Since a Big Brother Watch investigation last June revealed that HMRC had scooped up five million taxpayers’ Voice IDs without their consent, new Freedom of Information requests reveal that 162,185 individuals have opted out of the ID scheme and deleted their Voice IDs.

However, HMRC continues to take ‘voiceprints’ from callers to its Helpline, scooping up another two million taxpayers’ Voice IDs in the past six months and growing the biometric database to an astronomical seven million IDs. Millions of callers to the tax Helpline have been forced to repeat the phrase ‘My voice is my password’. The biometric pattern of each voice is recorded and stored to be used as a security check.

When the scheme launched, callers were not given the option to opt out and those who refused were repeatedly instructed by the automated line: “It’s important that you repeat exactly the same phrase. Please say ‘My voice is my password.’”

HMRC’s gargantuan voiceprint database was discovered in an investigation by civil liberties campaign group Big Brother Watch, which warned that taxpayers were being “railroaded into a mass ID scheme by the back door”.

The group launched a formal complaint to the Information Commissioner’s Office (ICO) stating that taking callers’ Voice IDs without their consent is a breach of data protection rights. The ICO subsequently launched an investigation and is soon to announce what form of action it will take.

In September last year, Sir Jonathan Thompson (CEO of HMRC) was subjected to a grilling in Parliament by Lee Rowley MP, who asked whether the giant voice database would be deleted, stating that it “breaks both the General Data Protection Regulation and the Data Protection Act.”

Until recently, HMRC didn’t allow callers to delete their Voice IDs, claiming that “there’s no delete function”. In a document obtained by Big Brother Watch, HMRC stated that the private company working with HMRC, namely KCom, would “hold the data for a number of years”.

Following pressure from Big Brother Watch, HMRC’s automated Helpline now asks callers whether they want to opt in or out of the ID scheme, leading to thousands of taxpayers opting out of the system and deleting their Voice IDs.

Silkie Carlo, director of Big Brother Watch, said: “HMRC’s shady Voice ID scheme forced biometric IDs on the UK by the back door and created one of the largest known state-held voice databases in the world. It’s a great success for us that HMRC has finally allowed taxpayers to delete their voiceprints and that so many thousands of people are reclaiming their rights by having their Voice IDs deleted. Now, it’s down to the ICO to take robust action and show that the Government isn’t above the law. HMRC took millions of Voice IDs without taxpayers’ legal consent. The only satisfactory outcome is for those millions of Voice IDs to be deleted.”

In The Spotlight: ASIS International