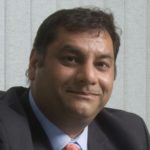 Since 2010, local authorities have had their budgets cut by an average of 26%. In the same period, Government spending on the police service has gone down by 30% in real terms, resulting in 20,000 fewer police officers on our streets. These police cuts have made local authorities increasingly reliant on private security companies, but budget cuts have also made those authorities less able to afford private security, so who’s left to keep the public safe? Abbey Petkar puts forward his assessment of the current situation.

The only security companies left who can afford to operate in such a price-driven environment are those who are willing to cut costs to the point that their service is no longer adequate or sustainable, in turn undermining public security and damaging the security industry.

Local authorities need to consider cost versus quality in their security tender processes. We recently reviewed a couple of tenders for local authority contracts where 70% of the scoring was based on the most economically advantageous price, while only 30% was based on the quality of the document. While price will always be a factor, having it be so explicitly prioritised over service quality is incredibly detrimental to the tender process.

When security companies know that cost is the ultimate factor, there’s then a race to the bottom in pricing to the point that the service they’re offering is no longer realistic and cannot possibly be delivered without the dangerous cutting of corners. Contract prices have been cut and cut to the point that security providers have dropped their costs by up to 25% just to protect their margins. Even then, many are failing to do so.

A significant number of security companies are not managing to break even and have to be propped up by other companies under the umbrella of a parent business. The security industry currently works on -2% to 5% profit margins. This simply isn’t sustainable.

By far the biggest costs in a security contract are the wages for security officers followed by management costs. When a security company is making cuts to win a tender, these are the areas that suffer the most.

If you are the local authority staff at the other end of the tender process, you might not be concerned about security officers receiving low pay, since all of them must be Security Industry Authority-licensed and trained to work, regardless of their pay. However, a security officer who isn’t paid enough to make ends meet will have low morale, low commitment and – as most have to work multiple jobs to pay the bills – will be too exhausted to be able to provide effective security.

Particularly unscrupulous security companies are also known to exploit self-employment loopholes to further underpay their security officers, with rates even dropping below £5 per hour. As a direct result, local authority buildings, staff and members of the public are not being adequately protected.

By way of an example, we carried out a risk assessment last year for a public event where we concluded that 28 security officers would be required to keep the public, performers and staff safe. When the same event was run this year, the budget only allowed for 14 security officers. As expected, there were multiple incidents during the event which could have been prevented with adequate security staffing.

You can only cut so far until you create a false economy. After a certain point, the money saved doesn’t balance out the loss of service. In this industry, the consequences are severe.

What can be done?

What, then, can be done to improve local authority security contracts?

The SIA’s Approved Contractor Scheme (ACS), of course, scores security companies on a number of criteria, from service quality to employee well-being and pay.

In Scotland, any security company contracted by a local authority must be ACS qualified. This isn’t a perfect system, as there’s still a broad range of quality within ACS scoring, but it at least eliminates the very worst players from the tender process.

Until England and Wales follow suit, local authorities are urged to research the ACS and ask any security companies submitting tenders to include their ACS score as part of the process.