Health and Safety: Predictions for 2017 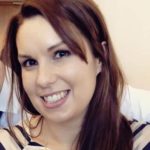 2016 has been an important year for Health and Safety around the world. We’ve seen new legislation in New Zealand, the UK and Singapore and a range of great initiatives focused on reducing workplace risk. Year-on-year, workplace safety takes a higher precedence on our agendas as Governments and official bodies look towards Best Practice in reducing risk and holding the right people responsible for accident and injury, but what can we expect in 2017? Helen Down peers into a crystal ball.

The predictions that follow are based on the changes over the last year, planned legislative changes to come, trends in technology and the current work environment.

Several countries around the world have introduced new Health and Safety legislation in 2016 and increased penalties for unsafe work practices. In the UK, and recently in China, businesses can now face prosecution for the presence of risk in a workplace even if an accident hasn’t occurred. Several countries already have plans in place to introduce new legislation and guidelines in the coming year, and we’re likely to see others follow suit.

We’ve already seen the new guidelines at work in the UK, with the number of company directors who’ve been prosecuted for Health and Safety offences trebling in the last year. Law firms are confident that the numbers will continue to rise over the coming year as Governments and official bodies crack down on lack of attention around workplace Health and Safety.

Fine thresholds are also rising. We’re likely to see many more businesses facing fines reaching into the millions of pounds bracket for both fatal and non-fatal accidents. David Shorrock, managing director at DS Risk Management, has ventured to predict that the UK could see the first £10 million fine in 2017.

Traditional Health and Safety provision has focused strongly on preventing the physical causes of accident and injury. While more still needs to be done to eliminate preventable accidents and fatalities, 2017 could see the focus switch to ill-health.

Several studies and articles in 2016 identified stress as an under-reported and perhaps undervalued contributor to injury and fatalities at work. Mental health issues such as depression are also becoming less of a taboo and gaining more traction in regards to workplace Health and Safety. We are likely to see this become the subject of several Health and Safety initiatives in 2017 and begin to mould how we organise employee safety in regards to workloads and the work/life balance.

The Health and Safety Executive has already made ill-health a main strategy for 2017 and will be working with businesses to tackle ill-health in the workplace.

The work environment now appears dramatically different to how it looked a decade ago. Many businesses and individuals have moved away from traditional work patterns with the incorporation of flexible working, lone working, working away from a fixed based and contracting or self-employment.

While such new ways of working can be beneficial to business and how consumers access services, managing risk and employee safety faces a new range of challenges.

Health and Safety bodies have already begun recognising the challenges of managing the safety of less traditional workers and are offering employers guidelines and advice. This is something that will begin to work its way in to new legislation and, indeed, has already been seen to do so in New Zealand. The new Health and Safety at Work Act 2015 lists a whole range of people protected under the legislation and includes all of those mentioned above.

The safety technology market has expanded drastically over the last few years with technology advancing at a rapid rate and more and more businesses recognising its benefits. From wearable technology to mobile apps, safety technologies are being used in workplaces all over the world to efficiently manage and reduce risk.

It’s forecast that there will be 50 billion connected products by 2020. Personal safety equipment will be a key part of this growth. Therefore, we expect more and more technologies to make their way into the workplace in 2017. With the adoption of smart phones, tablets and an increasing interest in personal wearable tech, employers and employees alike appear to be more open to incorporating ‘tech’ into their working day.

As workplaces evolve and legislation changes, technology can be a great enabler for businesses to adapt. In New Zealand, for example, the newly-introduced Health and Safety at Work Act 2015 requires businesses to retain regular contact with lone workers and have an effective means of summoning help for such staff extremely quickly during an emergency. This has resulted in many businesses turning to lone worker monitoring devices as a way of meeting their Duty of Care.

Of course, only time will tell what lies ahead for Health and Safety in 2017. We’ve witnessed some great developments in 2016 and, with a continued commitment to workplace safety, the fervent hope is that there’s a reduction in the number of accidents and incidents over the coming years and an increase in employee well-being.