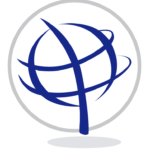 Babcock Managed Security Services (MSS) has agreed to become headline sponsor for the inaugural UK Outstanding Security Performance Awards (OSPAs), the ceremony for which takes place in London next March. Risk UK is an Official Media Partner for the event.

Mike Pimlott, managing director of Babcock MSS, commented: “As a next generation managed service provider, we’re delighted to sponsor the OSPAs – the next generation of security awards. Our solutions have a strong affinity with the OSPAs – a global vision with human intelligence at its core, combining world-class security expertise with vendor-agnostic defence and a business-focused, results-driven approach.”

The UK OSPAs were launched earlier this year and form part of a global awards scheme currently running in eight countries that’s designed to recognise and reward outstanding performance across the security business sector.

Professor Martin Gill CSyP, director of Perpetuity Research and the founder of the OSPAs, told Risk UK: “These awards are designed to be both independent and inclusive, providing an opportunity for outstanding performers to be recognised and their success duly celebrated. We’re absolutely delighted that Babcock MSS has shown its support for the initiative by coming on board.”

The UK awards will be presented in 15 categories at a prestigious awards ceremony, hosted by well-known British broadcaster Nick Ross on 2 March at the London Marriott Hotel in Grosvenor Square.

*More information and details of how to book tickets can be found at: www.uk.theospas.com 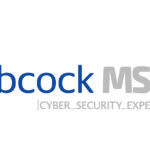 Babcock MSS is operated by a team of the industry’s most highly qualified, experienced, security-cleared threat analysts recruited exclusively from Government, large corporates and other high-security organisations.

Babcock MSS has built a totally differentiated cloud managed service cyber security business that “replaces the inadequate, fear-driven software responses” to the ‘hacker in the hoodie’ with analyst-led cyber threat intelligence, in turn putting businesses a calm step ahead of their attackers.