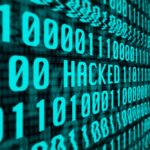 Findings from the extensive survey of hackers* also reveal that, despite recent high-profile General Data Protection Regulation fines for data breaches in the sector, only 1% of hackers believe that the travel and hospitality sector have the most to do to improve security than any other – representing the need for every organisation to do more to improve security. Non-profit and education organisations are also seen as requiring the least improvement.

However, a third (32%) of hackers don’t believe that any industry is better or worse than the other.

“Hackers represent a global force for good, coming together to help address the growing security needs of our increasingly interconnected society,” said HackerOne’s CEO Marten Mickos. “The community welcomes all who enjoy the intellectual challenge to creatively overcome limitations. Their reasons for hacking may vary, but the results are consistently impressing the growing ranks of organisations embracing hackers through crowdsourced security, in turn leaving us all a lot safer than before.”

HackerOne has also revealed that ethical hackers are increasingly treating hacking for good as a career, with more than 50 hackers earning over £77,000 in 2019 from bug bounties. In the past 12 months, the hacker community has now doubled in size to more than 600,000 (representing 850 hackers registering every day in 2019).

A benchmark study of the bug bounty and vulnerability disclosure ecosystem, HackerOne’s report also discloses that hackers earned more than circa £31 million in bounties on the HackerOne platform in 2019. The total is nearly equal to the bounty totals for the last six years combined.

Since 2013, hackers have cumulatively earned more than $82 million for valid vulnerability reports on HackerOne.

*Data was collected from a proprietary HackerOne survey conducted in December last year and January 2020. In all, there were 3,150 respondents from upwards of 120 countries and territories. The surveyed individuals have all successfully reported one or more valid security vulnerabilities on HackerOne, as indicated by the organisation that received the vulnerability report. Additional findings were collected from the HackerOne platform using HackerOne’s proprietary data based on over 1,700 collective bug bounty and vulnerability disclosure programmes