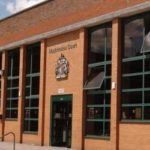 A Swindon man who claimed that his security business was “just a hobby” has pleaded guilty to working without a licence. James Barnett, the director of Gold Shield Group Ltd and its three subsidiaries, made the admission at Swindon Magistrates’ Court on Thursday 17 October. Barnett undertook security contracts and deployed security operatives despite the fact that his Security Industry Authority (SIA) licence was suspended in March 2017.

Barnett also pleaded guilty to failing to respond to a legally-enforceable request for information from the SIA, who brought the prosecution.

Nathan Salmon of the SIA’s criminal investigations team, commented: “The business of providing protection for people and property is a very serious one. In no way can something that’s so important be described as a “hobby”. That importance is why there’s a firm system of regulation in place for security businesses. As the regulator, the SIA takes a very dim view of anyone who seeks to flout the law for their own profit. Barnett deceived the public, and his clients, by purporting to be a legally-operating security provider.”

The SIA brought the prosecution following prolonged compliance activity by the SIA’s regional team covering the West, which discovered that Barnett was still listed as the sole director of Gold Shield Security (Swindon) Ltd despite the suspension of his licence. Although he did temporarily resign his directorship, Barnett returned to the role and remained director of the parent company.

Barnett was invited to interview by the SIA, during which he made the claim that his business was “a hobby”, and one which he ran from his spare room. He also claimed that he only did the administration for the company and that another individual was taking over the directorship.

However, when the SIA contacted a customer with whom Gold Shield Security (Swindon) Ltd had a contract between June 2018 and March this year, they confirmed that they had only ever dealt with Barnett. Invoices and e-mail exchanges confirmed that Barnett was still operating as the company’s director.

Sentencing was deferred pending a financial investigation by the SIA under the Proceeds of Crime Act 2002.