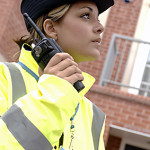 According to the latest detailed industry survey conducted by Apex Insight*, the UK’s outsourced security guarding services market is approaching £5 billion in volume, having grown in recent years despite a hesitant economic recovery.

The industry is being affected by series of important trends, states the report. These include the growth of integrated FM contracts, the application of new technology (and the consequent re-engineering of services), Government spending cuts and service outsourcing with the aim of achieving savings, the increase in levels of security in airports and other sensitive locations and the growth of Internet retailing.

Retail, airports and Government security contracts are said to be the main growth segments in the market at present.

That said, this particular dynamic has been partly offset by the growth of Internet shopping which has “had a negative influence” on the security requirements of the sector.

Airport security has continued to grow in the post-9/11 world with increased spending on both technology, such as body scanners, and the personnel required to operate it. The security requirement is driven in part by the number of passengers passing through UK airports. There has also been a significant increase in the intensity of airport security in recent years in response to higher perceived risks of attacks on aeroplanes, with more people required to operate x-ray scanners and carry out increased passenger and baggage checks.

Given ongoing pressure to reduce queue times at airports, security areas have subsequently been expanded and equipped with new passport scanners, metal detectors and conveyer belt-like baggage control areas. These developments have increased security spend per passenger and realised the need for more security staff.

Security in the Government sector

Prisons is also a key segment given the long-term growth that has occurred in prison populations combined with the Government’s desire to use outsourcing as a way of achieving cost savings.

The growth of prison outsourcing has faltered in the last couple of years, though, largely as a consequence of service failures.

However, this sector has recently received fresh impetus by dint of a wave of probation service contracts announced at the end of 2014. In total, 21 criminal probation service contracts worth a total of around £450 million-£500 million per annum (depending on success in areas such as reducing the rate of re-offending) were outsourced to Sodexo, Interserve and GEOAmey as well as other smaller suppliers in consortia. These contracts are due to start in April 2015.

While crime rates have fallen, the public perception of crime and the fear of crime have not. As a result, demands for tougher sentences are widespread and prison populations have increased, with the UK locking up a higher proportion of its population than in most other European countries. That said, ours is only one fifth of the level seen in the US.

Across the market, technology – including CCTV and remote monitoring – continues to be deployed extensively as a complement to (and in some cases, a substitute for) security officers.

In most other vertical segments, such as offices, public buildings, factories and warehouses, Apex Insight believes it’s likely that this trend has led to a reduction in overall market revenues, although the margin impact may well be positive given the lower costs associated with newer technologies.

In its 2015 UK Security Industry Report, Apex Insight analysed the performance of 15 leading UK security service providers accounting for over 75% of the market between them. This set of leading operators has grown faster than the market as a whole. A key reason for this is that they have greater exposure to the growth segments in the market and are more likely to win Government outsourcing contracts than the smaller providers.

Convergence between security and FM is also continuing. Several of the leading players – such as G4S, Mitie, VSG/Compass Group, Serco and Sodexo – provide security as part of a much broader range of services with some having made acquisitions to enter the segment. 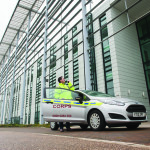 However, some leading providers, among them Securitas – which has led a campaign urging its customers to ‘keep security separate’ – and Corps Security continue to emphasise the benefits of providing security as a standalone specialist service.

Industry margins have increased slightly, with the average among the group of leading players having risen above 5% in the last couple of years. Price increases have been achieved despite the relatively weak economy. Wage inflation, asserts Apex Insight, has been “modest”.

While most companies have seen margins increase, it appears that the most profitable companies have had the greatest exposure to Government contracts and the retail segment.

Apex Insight forecasts growth in the guarding sector to be faster than historical rates. The key reasons for this are the resumption of prison and probation services outsourcing and the positive impact of a recovering economy on the other two key segments: retail and airports, with increased prosperity likely to feed through to both growth in High Street retail sales and in the numbers of air passengers.

Increased market consolidation is also likely with a small number of very large companies becoming increasingly dominant. According to Apex Insight, the nature of market growth – with many of the more attractive opportunities arising in those areas where there are larger contracts – supports this view.

The market is not without risk, states Apex Insight. The most obvious is the potential for a change in Government policy towards the outsourcing of prison and probation services. In the retail sector, if changes in store formats (such as the decline of the large supermarkets) were to occur more quickly than expected then the overall requirement for security could be lower.

However, Apex Insight notes that there’s also a potential upside for the security industry. If the outsourcing of a range of policing activities (which now appears to be on hold) was to return to the political agenda, this could increase market revenues by anything up to 30%.

*Apex Insight was founded in 2012 by Frank Proud and Vincent Schuller, both of whom have a background in strategy consulting – with Burlington and AMR respectively – prior to leading work on transactions within the Commercial Advisory team at Ernst & Young

**Apex Insight market reports are designed to provide the information that senior-level buyers typically seek (ie insight into the market including critical success factors, structural attractiveness and the main trends, credible and evidenced estimates of market size, historical growth and forecasts based on the right set of drivers, an understanding of trends and their impact, identification of the main companies active in the market and analysis of their offerings, positioning and performance)