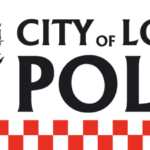 On Monday 2 December, four men were sentenced at Liverpool Crown Court in the wake of a ‘Crash for Cash’ episode. The City of London Police’s Insurance Fraud Enforcement Department (IFED) began investigating the case back in March 2017 when insurer LV Insurance raised some concerns. The men claimed that they had been involved in a collision between two vehicles on 21 July 2016, but their insurance claims highlighted existing links between the group.

The four men were sentenced as follows:

Detective Sergeant Matthew Hussey of the IFED explained: “This was a complex case with conflicting accounts from the defendants that ultimately led to their downfall. Our investigation, with the co-operation of LV Insurance, was able to demonstrate that these criminals were out to try and profit from a fraudulent insurance claim. Ultimately, their actions have resulted in serious consequences for all of them. Insurance fraud increases the payments for innocent members of the public. In short, it’s not a victimless crime.”

Specifics of the case

Arnold Flanagan took out an insurance policy with LV Insurance on 30 June 2016, but cancelled it over three weeks later on 23 July, saying that his Fiat Punto had been stolen.

LV was first made aware of the crash when a claim notification form was submitted to them by a solicitor representing Levi Ireland. This claim stated that Ireland’s Mazda had been involved in an accident with a Fiat Punto on the M62 near Runcorn on 21 July 2016. An e-mail address for Levi Ireland was provided with the claim, which matched the e-mail address used by Flanagan to take out his insurance policy. This raised concerns for LV.

Flanagan called LV again to report the crash, which had allegedly happened two days before he phoned LV to report his Fiat Punto had been stolen.

Subsequent injury claims were made by Howard and Johnson, who said they were passengers in Flanagan’s car.

LV’s initial concerns due to the duplication of the e-mail address on Levi Ireland and Flanagan’s documents led to the company making additional enquiries. At this point, social media links between Johnson, Ireland, Howard and Flanagan were uncovered. Despite this, Levi Ireland denied knowing Flanagan to his insurer.

LV’s concerns led to the business rejecting the personal injury claims made by Ireland, Howard and Johnson and referring the case to the IFED for investigation.

Clare Lunn, LV General Insurance’s fraud director, said: “It’s encouraging to see these opportunist fraudsters receiving jail time. It drives home the fact that fraudsters will not get away with trying to pull the wool over our eyes. Insurance exists to put things right for genuine customers when they go wrong. It should not be abused by criminals looking to make a few quid for Christmas. LV General Insurance takes a firm line on defending any fraud we detect and we will always push for the strongest possible sentences.”

IFED’s investigation found that Flanagan had worked for the claims management referral company that was the one also instructing the solicitors acting for Ireland, Howard and Johnson. All four suspects were subsequently traced and interviewed under caution by IFED on the allegation of conspiracy to commit fraud by false representation.

There were a number of discrepancies between the accounts given. While Ireland did admit to knowing Flanagan, he said it was by chance that Flanagan and Howard had collided into the back of his car. In contrast, Flanagan and Howard said their car had broken down and they phoned Ireland to come and tow them away. Flanagan said Ireland’s car had collided with theirs three times while being towed, though Howard said just one collision occurred.

Johnson wasn’t a passenger, but in his interview he claimed that Flanagan offered him the chance to make some money if he agreed to say that he had been part of a car crash involving Flanagan, Ireland and Howard.

Johnson initially agreed, but soon changed his mind and asked Flanagan to leave him out of the fraud.

When interviewed again, Flanagan admitted that he had applied for the LV insurance fraudulently as he didn’t have a driving licence, but maintained that there had been no conspiracy to commit fraud in response of the claims submitted by the group.

However, at Liverpool Crown Court on 17 June this year, Flanagan pleaded guilty to the conspiracy on the first day of his trial. Howard changed his plea to guilty mid-trial on 19 June 2019.

Johnson and Levi Ireland had previously pleaded guilty before the trial began.

Advances in key management unlocked by eFusion integration with Traka