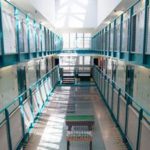 A new specialist unit will identify and freeze bank accounts linked to organised crime behind bars, Justice Secretary David Gauke has announced. In the latest measure designed to tackle the criminal kingpins who fuel drug dealing and violence in Britain’s jails, specially-trained prison and police officers will use intelligence to monitor bank accounts for signs of illicit transactions.

Bank accounts on the outside world are being used by inmates to pay for drugs. These are usually identified through paper notes found in cells which contain account details, or on phones seized from prisoners with instructions to make transfers. Such transactions, which amount to money laundering, are to be targeted by the unit, the members of which will be able to freeze bank accounts and initiate criminal proceedings against those involved.

This effort to disrupt the flow of illicit money from prisoners to criminal networks adds to existing measures designed to hinder their activity. As announced in July, a new £1 million digital tool is helping to identify, disrupt and disable gangs, with gang leaders being moved to different prisons if necessary to stymie their influence.

This formed part of an additional £40 million investment in prisons, announced over the summer, that will improve safety and security in prisons, as well as enhance the fabric of the estate. Meanwhile, more than 3,500 extra officers have been recruited and will have a central role to play in efforts to tackle gangs and contraband behind bars.

Justice Secretary David Gauke outlined: “My message to kingpins is this: we are already blocking your phones and putting you in isolation and now we will make sure you cannot access your money. Dealing drugs in prison will no longer be profitable because we will find your assets and we will seize them.”

Money laundering in prisons is widespread, with much of the activity taking place through individual, low-value transactions between external bank accounts as offenders settle debts generated illicitly, such as through the supply of drugs. The new unit will target this activity through the analysis of intelligence and work to quickly act against offenders suspected of involvement in criminal activity.

The unit has drawn on support from the police service’s Eastern Region Special Operations Unit to develop strategies which will enable it to quickly identify and act against money laundering from the outset. Data analysis of prison intelligence will be used to identify common or significant bank accounts being used to launder money, allowing the unit to build a profile of the prisoners connected to them.

The unit will then be able to act against those involved, with sanctions ranging from the closure of accounts through to the freezing of assets or more significant criminal sanctions such as Confiscation Orders and arrest.

Combined with other measures, this will disrupt the movement of illegal goods in prison and reduce the drivers of self-harm and violence, in turn allowing prisons to focus on becoming places of rehabilitation and reform where prisoners are given a genuine chance to turn their backs on crime for good.

The new unit is based in Peterborough and operational from this month.