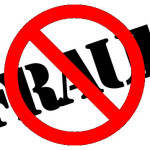 Harriett Baldwin (Economic Secretary to the Treasury) and Minister of State for Justice Lord Faulks have welcomed a series of recommendations by the Insurance Fraud Task Force (IFT) that will assist in tackling insurance fraud, reducing costs and protecting the interests of honest consumers.

The final recommendations of the IFT will combat fraudulent activity ranging from organised or premeditated crime through to opportunistic fraud. In essence, the recommendations:

*aim to improve consumer trust in the insurance sector, while at the same time raising the public profile of insurance fraud as a criminal activity

The Economic Secretary welcomed these recommendations while speaking at the British Insurance Brokers Association’s Parliamentary Reception.

At that gathering, Harriett Baldwin stated: “A key part of our long-term plan is to make sure that the insurance industry works for consumers. That’s why we launched the Insurance Fraud Task Force in January last year to tackle insurance fraud. After 12 months of valuable research and groundbreaking dialogue, I warmly welcome the recommendations that have now been published. These recommendations will galvanise our collective efforts to tackle insurance fraud, and will ultimately reduce costs for consumers.”

Justice Minister Lord Faulks commented: “Fraudulent and exaggerated claims force up the costs of insurance premiums for everyone. We must take steps to tackle this. I welcome this report by the Task Force, which makes wide-ranging recommendations designed to help combat insurance fraud. Many people contributed towards this report, and I’m particularly pleased that a Personal Injury Working Group was established to capture the expertise of both claimant and defendant practitioners.”

Lord Faulks concluded: “As the report notes, the Government has already brought forward significant reforms to the way in which claims are dealt with, and we will continue to take more action with a view towards driving down premiums for hard-working people.”

The IFT noted that insurance fraud isn’t always recognised as a criminal activity. It’s therefore vital that the insurance sector takes steps to curb a culture of distrust towards the industry and a lack of popular understanding of how insurance works. For example, the IFT recommends making application and claims forms easier to understand and launching new anti-fraud campaigns.

To ensure these dual goals are achieved, the IFT has also suggested that the Government establishes a legacy vehicle to oversee the implementation of its recommendations, and maintains dialogue between different sectors regarding insurance fraud.

The Task Force was first announced at the Association of British Insurers’ (ABI) Motor Conference in December 2014, and then set up in January 2015 to assess the overall scope of insurance fraud and recommend steps to further tackle the problem.

The ABI has also warmly welcomed the IFT’s review on the subject of insurance fraud.

James Dalton, the ABI’s director of general insurance policy, explained: “We’re pleased that the Task Force’s report recognises the industry’s determination to protect honest customers by clamping down on insurance fraud through the £200 million a year the industry invests in tackling this problem. Initiatives such as the Insurance Fraud Bureau, the Insurance Fraud Enforcement Department and the Insurance Fraud Register mean that fraudsters are now more likely to be caught than ever before. They will face long-lasting and serious consequences, including a criminal record, a custodial sentence and difficulty in obtaining financial products such as mortgages.”

Dalton added: “The report highlights that the wide-ranging nature of insurance fraud, including opportunistic and pre-meditated fraud, and in some cases rogue claims management firms and solicitors, requires different approaches and collaboration between all of the agencies involved. The report rightly says that action is needed to tackle rogue CMCs, nuisance calls and claims for noise-induced hearing loss.”

According to Dalton, the industry will do “whatever it takes” to protect honest customers from the dishonest minority, including ensuring that customers understand exactly what they are covered for so that they realise the most benefit from their insurance on a legitimate basis.

“The report calls for the Government to set up a body to take forward its recommendations, and we will work with whomever may be appointed to ensure that there’s no hiding place for insurance fraudsters,” urged Dalton.

Call for Action from the ABI

*Tougher regulation of CMCs. According to ABI-commissioned research, 83% of people have been contacted by a CMC encouraging them to claim

*Introducing fixed legal fees for all claims for noise-induced hearing loss. Currently, for every £1 paid in compensation, £3 is paid in legal fees. The number of such claims jumped by 189% between 2011 and 2014