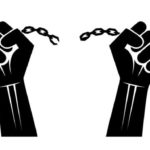 New recommendations designed to strengthen laws in the UK aimed at tackling modern slavery and protecting victims have been welcomed by the Institution of Occupational Safety and Health (IOSH), the global chartered body for Health and Safety professionals.

An independent review of the Modern Slavery Act 2015, which has been conducted by Baroness Elizabeth Butler-Sloss, Maria Miller MP and chair Frank Field MP made 80 recommendations across four areas: the role of the independent anti-slavery commissioner, transparency in supply chains, independent child trafficking advocates and the legal application of the Act.

Under Section 54 of the 2015 Modern Slavery Act, commercial organisations with a turnover of £36 million or more must produce a statement each financial year showing what steps they have taken to make sure there’s no modern slavery in their business and supply chain. However, the review finds that around 40% of eligible companies are not currently compliant with modern slavery legislation, while the number of potential victims identified in the UK each year has more than doubled from 3,266 in 2015 to 6,993 by last year.

Now, IOSH is urging the Government to “lead by example” by acting on the recommendations within the report and ensuring greater compliance with the law from eligible organisations. 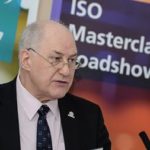 Richard Jones, head of policy and public affairs at IOSH, said: “This review exposes some of the key failings in how the UK is tackling the abhorrent issue of modern slavery. Worryingly, too many companies are failing to comply with legislation and the number of potential victims identified in the UK each year is increasing. Organisations must be made aware of this problem, take effective anti-slavery actions across their operations and supply chains and provide greater transparency by publicly reporting on this issue.”

Jones added: “The Government needs to act and urgently implement the report’s recommendations. A united front is required to tackle this growing humanitarian issue. Modern slavery must have no place in the UK or anywhere in the world.”

In brief, some of the review’s recommendations on transparency in supply chains include:

*Guidance should make clear that reporting should include not only how businesses have carried out due diligence, but also the steps that they intend to take in the future

*Section 54 should be extended to the public sector. Government departments should publish a [modern slavery] statement at the end of the financial year, approved by the Department’s Board and signed by the Permanent Secretary as accounting officer. Local Government, agencies and other public authorities should publish a statement if their annual budget exceeds £36 million 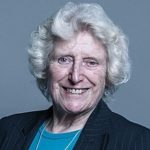 IOSH is part of an advisory group, which has been set up by Baroness Young of Hornsey to support her campaign ‘Let’s Make It Work: The Alliance for Transparency in Supply Chains Reporting’. Through the campaign, Baroness Young is seeking to strengthen legislation to prevent modern slavery and maintain momentum on improved transparency in supply chain reporting.

Baroness Young acted as an expert advisor to this independent review and the report expresses support for her Private Member’s Modern Slavery (Transparency in Supply Chains) Bill, which seeks to extend the Section 54 reporting requirements to all public authorities.

The review document is available to view in full here:  https://assets.publishing.service.gov.uk/government/uploads/system/uploads/attachment_data/file/803406/Independent_review_of_the_Modern_Slavery_Act_-_final_report.pdf