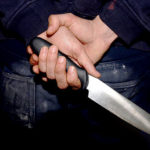 Sarah Newton, the Minister for Vulnerability, Safeguarding and Countering Extremism, has announced that four major retailers have joined the voluntary agreement to prevent the sale of knives to underage individuals. Boots UK, the Co-op, B&Q and Aldi have all committed to ensuring safeguards are put in place on the sale and delivery of knives by ensuring that age verification checks are robust, including regular staff training in their education programmes and ensuring knives are packaged and displayed securely.

These High Street retailers join Tesco, Lidl UK, Wilko, Argos, Morrisons, Asda, Poundland, Sainsbury’s, John Lewis, Amazon UK, Ebay UK and Waitrose who all signed up to the agreement in March last year, in turn helping to deliver on the commitment to extend the agreement and encompass further retailers.

Between July and September 2016, no fewer than 4,937 knife possession offences were formally dealt with by the criminal justice system. Of those offences, 19% were down to juvenile offenders.

There has also been an apparent increase in the number of young people aged ten to 15 reporting knowing someone who carries a knife. Raising awareness of the risks and consequences of carrying a knife is an important part of the Government’s knife crime prevention approach.

“Knife crime can have devastating consequences'” commented Sarah Newton. “We will act wherever necessary to reduce violence and keep our communities safe. It’s very important that retailers have robust checks in place to prevent sales of knives to under 18s, both in stores and online, and I welcome the commitment from Aldi, B&Q, Boots UK and the Co-op to help tackle this issue. Published last March, our Modern Crime Prevention Strategy set out a range of measures designed to strengthen our response to knife crime, but we know there’s more to be done. We’ll continue to work with the police, retailers and voluntary groups alike.”

Andrew Pope, head of risk at the Co-op, told Risk UK: “We’re committed to supporting efforts designed to tackle knife crime and would urge all retailers to implement restrictions to prevent the sale of knives to children. These measures, such as proof of age at the point of purchase and the safe and secure packaging of such products, can all help to make local communities that much safer environments.”

The agreement on sales of knives is part of a wider approach to tackling knife crime which includes law enforcement activity. Police forces undertook a series of co-ordinated weeks of action to tackle knife crime under Operation Sceptre in February, April, June and October 2016.

In October, 21 police forces across the country took part in Operation Sceptre which included targeting habitual knife carriers, weapon sweeps, test purchases of knives from identified retailers and the use of surrender bins. Sarah Newton attended a weapons sweep in Brixton to witness at first-hand the law enforcement response.

Over the course of the week of action, 474 retail premises were visited and 391 test purchases carried out. Over 1,200 weapons were seized, there were over 1,100 weapon sweeps in six police force areas, more than 300 arrests were made and over 720 knives were placed in amnesty bins.

Chief Constable Alf Hitchcock, National Police Chiefs’ Council lead on knife crime, explained: “Police forces across the country have responded to continuing concerns around knife offences, which have started to increase following a long-term downward trend. In our latest operation, namely Operation Sceptre 6, we targeted habitual offenders in crime hotspots, resulting in hundreds of arrests and 1,200 weapons being seized. We’ve also worked with Trading Standards to identify retailers who are failing to meet their responsibilities under the law in terms of selling.”

Hitchcock added: “There’s no easy solution to the scourge of knife crime, which impacts our communities and their feelings of safety. Tackling violence involving knives remains a key priority for the police service and we intend to maintain the momentum we’ve already created. More activity is already being planned for 2017.”

Last August, the Government also banned the sale, manufacture and importation of zombie knives by adding them to the list of prohibited offensive weapons.

Ebay UK and Amazon UK have also made a commitment to enforce age restricted sales through their marketplaces.