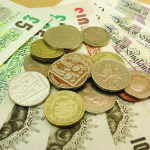 Home Secretary Theresa May has set out the most significant changes to the UK’s anti-money laundering and terrorist financing regime in over a decade. The Government’s Action Plan for Anti-Money Laundering and Counter-Terrorist Finance will deliver on the aim set out in the latest Strategic Defence and Security Review to make the UK a more hostile place for those seeking to move, hide or use the proceeds of crime or corruption.

The announcement comes just three weeks in advance of Prime Minister David Cameron’s global Anti-Corruption Summit and absolutely demonstrates in strong terms the UK’s commitment to tackling this issue both domestically and on the international stage.

*an enhanced law enforcement response to the threats we face: that means building new capabilities in our law enforcement agencies and creating tough new legal powers to enable the relentless disruption of criminals and terrorists 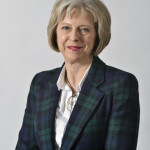 As part of the Action Plan, the Government will now be seeking the views of law enforcement bodies, professional services firms, NGOs and big businesses as part of a six-week consultation on a raft of measures including:

*fundamental reform of the suspicious activity reports regime, under which people in the regulated sector must report suspicions of money laundering to the National Crime Agency (NCA) – the regime will be refocused to encourage better use of public and private sector resources against the highest threats and provide the NCA with a new suite of powers

Home Secretary Theresa May explained: “Britain’s world-leading financial system is at risk of being undermined by money laundering, illicit finance and the funding of terrorism. The laundering of the proceeds of crime through UK institutions is not only a financial crime, but it also fuels political instability around the world, supports terrorists and extremism and poses a direct and immediate threat to our domestic security and overseas interests.”

May continued: “This Action Plan from the Government sends a clear message that we will not tolerate this type of activity in our financial institutions. We will forge a new partnership with industry to improve suspicious activity reporting, deliver deeper information-sharing and take joint action on enforcement. We will also act vigorously against the criminals and terrorists responsible to protect the security and prosperity of our citizens, as well as safeguard the integrity of Britain’s financial economy.”

Tom Keatinge, director of the Royal United Services Institute’s (RUSI) Centre for Financial Crime and Security Studies, observed: “Last October, the Government published a relatively bleak assessment of money laundering and terrorist finance risk in the UK. This ambitious Action Plan is a direct response to that assessment, as well as feedback from the private sector, and represents a concerted effort to bring the UK’s approach into the 21st Century while at the same time reflecting our position as a leading international financial centre.”

Keatinge continued: “The Action Plan relies heavily on two key pillars: public-private sector partnerships that seek to produce better law enforcement outcomes by leveraging the capabilities of the private sector and investment by the Government in both people and technology in order to improve its own capabilities. Delivering on these two pillars will not be straightforward.”

In conclusion, Keatinge explained: “The Government has repeatedly called for the UK to be a hostile place for money laundering and terrorist financing. but with little noticeable effect. On that basis, implementation of this Action Plan will be closely scrutinised. In particular, its effectiveness is going to be assessed by the Financial Action Task Force when it visits the UK in late 2017. In our view, the Government has a lot to get right before that visit, which will be the moment when we discover whether or not the Conservative’s Action Plan stands for more than just ambition.”

*RUSI’s Centre for Financial Crime and Security Studies will continue to track the Government’s work in this field by way of regular reports, comments and events