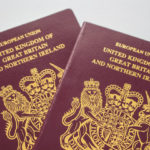 Those who use their passports as a form of age identification at bars and clubs are at risk of it being lost or stolen and potentially falling into the hands of criminals. With this in mind, Her Majesty’s Passport Office has launched a national campaign designed to tackle the issue and is encouraging students and any youngsters who show their passport for age verification to instead use alternative identification methods.

Immigration minister Robert Goodwill stated: “Young people face a higher risk of losing their passport as they often use it as a form of age verification. A passport is a highly valuable document. If it’s lost or stolen, not only does it cost the holder money to replace it, but it can fall into the hands of criminals unless it’s handed in and cancelled. We’re working with a number of stakeholders including retailers, licensed premises, the police, local authorities and students to communicate that there are better ways to prove your age, such as the PASS card.”

The Home Office-endorsed PASS scheme is funded by trade organisations including the Association of Licensed Multiple Retailers and the British Beer and Pub Association.

Her Majesty’s Passport Office is also asking anyone who comes into contact with a lost passport to immediately return it to its freepost address such that it can be cancelled.

The new campaign will include posters, letters to key stakeholders and a strong social media drive designed to raise awareness of the issue.

Baroness Shields will become a full-time Home Office minister and the Prime Minister’s Special Representative on Internet Crime and Harms after 18 months spent at the Department for Culture, Media and Sport (DCMS) and a year as a joint Minister for Internet Safety and Security.

During her time at DCMS, Baroness Shields has continuously striven to make the Internet safer for children and established strong ties between Government and the industry on this vital agenda. Shields led the development of legislative proposals to deliver the Conservative Manifesto commitment requiring age verification for pornographic content and co-chaired the UK Council for Child Internet Safety, which developed a child online safety guide for social media and interactive services that ensures web applications are ‘safe by design’.

Baroness Shields has continued to drive the WePROTECT Global Alliance, which has brought together more than 70 member countries, leading NGOs and charities alike on combating child sexual exploitation and abuse. Through the international reach of WePROTECT, Baroness Shields has established a strong international platform to tackle online child sexual exploitation. The model national response and the End Violence Against Children Fund are assisting countries to develop their capabilities for tackling what has become an international crime of our age.

Alongside this, Baroness Shields has led projects in the Home Office looking into extremist content online and how terrorist propaganda moves across networks. Baroness Shields will be continuing to lead these projects while also focusing on other international aspects of online safety.

Fighting Internet crime and harms such as online child sexual abuse as well as dangerous content and extremist propaganda requires both a robust national and global response. In order to maximise the UK’s efforts in tackling Internet crimes and harms globally, Baroness Shields will be relinquishing her domestically-focused role to adopt a more focused international approach on Internet safety and security, in turn working with global technology companies and other Governments to protect UK citizens.