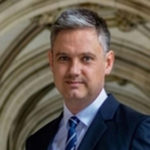 The Home Secretary commented: “Our counter-terrorism strategy is always evolving to match the changing threat and this important new role will help to inform this work. As well as informing the UK’s work on tackling terrorism, the role will also ensure we share these lessons with our global partners. John will bring a range of skills and experience to the role and I’m delighted he has accepted this position.”

In parallel, addressing a separate issue the Home Office is consulting on new police powers to criminalise unauthorised encampments. The proposals would see the police being able to arrest and seize the property and vehicles of trespassers who set up unauthorised caravan sites. Currently, such trespassing is defined in law as a civil matter, but the Home Office is consulting on making it a criminal offence.

Priti Patel stated: “Unauthorised encampments can cause misery to those who live or work nearby, with reports of damage to property, noise, abuse and littering. The public want their communities protected and for the police to crack down on trespassers. Our proposals aim to ensure these encampments can be challenged and removed as quickly as possible.”

The news follows a Home Office review into how trespassing while setting up an unauthorised encampment could be made a criminal offence in England and Wales, learning lessons from other countries like the Republic of Ireland. As a result, the Home Office is proposing to broaden the categories of criminal trespass to cover trespassers who enter onto any land without permission of the occupier with the intention to reside.

As part of the consultation, the Home Office is also seeking further views from local authorities, police forces, travellers, communities and the general public on alternative measures giving the police greater powers to tackle unauthorised encampments.

The proposed amendments to the Criminal Justice and Public Order Act 1994 include:

*giving the police powers to direct offenders to sites in neighbouring local authorities (currently, they can only direct trespassers to sites in the same area)

The Ministry of Housing, Communities and Local Government has made nearly £2 million available to councils to crack down on illegal developments, with funding also available under the £9 billion Affordable Homes Programme to help develop authorised sites.