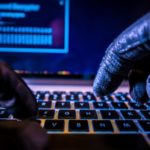 Private companies are confident about their own prospects, but underprepared for cyber attacks. That’s according to a new study conducted by PwC. Key findings from the global report include the fact that only 68% of private company CEOs are concerned about the speed of technological change, while 41% are not concerned about cyber threats. 60% are rethinking their HR function, while problem-solving (79%) and leadership (72%) are the skills on which private company CEOs place a high value when recruiting. One-in-four CEOs of privately-owned firms are keen to collaborate with entrepreneurs or start-ups.

Focusing on the UK, Sian Steele (business leader at PwC) commented: “Despite the threat of digital disruption being felt by senior executives across the globe, less than half of the UK businesses questioned for our survey say they have a strategy fit for the digital age. Although a similar number recognise the importance of digital, only 54% discuss digital disruption at Board level. It’s critical that businesses provide training and guidance for both their employees and clients on how to adopt a digital mindset and achieve greater levels of digital fluency.”

​For the first time in five years, CEOs of some of the world’s leading private companies are more confident than their public sector counterparts when it comes to revenue growth in the next 12 months. While global CEOs also plan to recruit more people than do public companies in the year ahead, they’re more at risk of cyber threats and less prepared to protect themselves against attacks.

These are the main findings from the report entitled ‘Undaunted, but Underprepared?’ which is part of PwC’s 20th Global CEO Survey of 1,379 CEOs focusing specifically on the threats and opportunities facing them. UK CEOs were included in the survey, but no separate UK data has been published.

In contrast, only 30% of private company CEOs believe global growth will increase in the next year, up slightly from 28% in 2015, but down from 37% in 2014 and 43% in 2013. Some 57% of private company CEOs also think it’s becoming harder to balance the task of competing effectively in an open global marketplace with trends toward more closed national policies.

As the private company view of the 20th CEO Survey shows, many of the business issues facing private company CEOs have remained constant over the last two decades. Talent and over-regulation retain top spots on the typical private company CEO’s list of concerns, just as innovation tops the list of strategic priorities. The difference now is the speed and scale of change. In PwC’s view, that means private companies urgently need to focus on three key areas: technology, trust and talent.

Every organisation will be transformed by technology. New technologies are not just changing what companies sell, but also how and where they sell it, how they run their operations and how they find, manage and communicate with members of staff. PwC’s CEO Survey shows 29% of global private company CEOs believe that technology has already completely reshaped competition in their industry, which is higher than for publicly-listed companies (25%). As many as 74% of private companies expect their markets to be transformed by technology over the next five years.

While 74% of global public companies are worried about accelerating technological change, and 65% about cyber threats, private companies, by contrast, register 68% and 59% respectively.

Stephanie Hyde, global entrepreneurial and private business leader at PwC UK, said: “The fact that private company CEOs are less concerned about technology and cyber compared to their public counterparts is worrying, not least because private companies often have fewer resources available to them to invest in new technology and cyber security. This may make them more vulnerable to cyber attacks, so in theory they should be more concerned about these threats, not less. In our considered view, this is probably the single most worrying finding in our report, especially in light of growing evidence that hackers are now targeting smaller and private businesses thinking that they will not be so well protected.”

Back in 2002, trust wasn’t very high on the typical CEO’s radar. In fact, only 29% of CEOs thought an erosion of public trust in the corporate sector posed a serious threat to growth, whereas now that number is 58%.

All CEO respondents agree that the biggest threat to stakeholder trust in their business is the risk of breaches in data privacy and ethics. This is also the top concern among private company CEOs, scoring 55%.

This year, 60% of global private company respondents told PwC they’re rethinking their HR function, while 77% have changed their people strategy at least to some extent in order to reflect the skills and employment structures they need for the future.

At least for now, the skills all CEOs really want are those that machines cannot really replicate. Private company CEOs, in particular, ascribe high importance to problem-solving (79%), leadership (72%), adaptability (63%) and creativity and innovation (60%), with digital skills ranking sixth in the list at 30%.

Hyde added: “All CEOs want a workforce that’s agile and well-rounded, better able to adapt to the changing world and to find new opportunities. CEOs also recognise that the human element is as important as it has ever been, indeed perhaps more so in an increasingly virtual world. We see that private companies are confident and competitive, but there are undoubtedly significant challenges ahead. They need to digitise, invest in data security and actively look for and hire the right talent for their business in order to be able to face these challenges head on.”