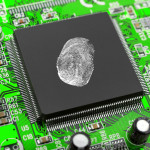 Worldwide security software revenue totalled $21.4 billion in 2014, representing a 5.3% increase from the 2013 revenue total of $20.3 billion. That’s the main finding of the latest analysis conducted by Gartner. Low growth in endpoint protection platforms and a decline in consumer security software – segments that, taken together, account for 39% of the market – offset the strong performance of high growth areas such as security information and event management, secure Web gateway, identity governance and administration and enterprise content-aware data loss prevention.

“Overall market growth was up slightly in 2014,” explained Sid Deshpande, principal research analyst at Gartner, in conversation with Risk UK. “Even though the secure Web gateway segment experienced single-digit growth in 2014, cloud-based and hybrid secure Web gateway deployments are becoming increasingly popular. As organisations’ corporate data traffic is more exposed to the Internet and moves out of the control of traditional network security boundaries, it’s very much the case that secure Web gateway technologies continue to be an important piece of the overall security technology strategy for most organisations.” 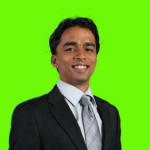 Symantec was once again the largest security software vendor by revenue, although the company suffered its second consecutive year of revenue decline, down 1.3% to $3.7 billion (see Table 1, below).

In third place, IBM’s security software revenue grew by 17% in 2014 to reach $1.5 billion. The company’s security information and event management software products grew in revenue terms by 21%, driven by strong adoption of this category of products by organisations and managed security service providers alike.

The data loss prevention market grew by 15.8% year on year to reach $643 million in revenue in 2014 – primarily due to a decent showing from Symantec in this segment – which accounts for nearly half of the total market. The stable performance of the other top vendors in this segment also contributed to its healthy growth. 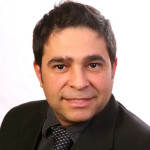 Ruggero Contu, research director at Gartner, stated: “Most established vendors in this space are transforming the way in which they deliver comprehensive data loss prevention capabilities, and this transition period will likely impact growth in coming years.”

The security information and event management market grew by 11% in 2014 to attain $1.6 billion in revenue terms. The focus on threat detection and response from security buyers contributed to the strong showing of this market segment.

**Additional information and trends about the security market will be discussed at the Gartner Security & Risk Management Summit 2015, which takes place on 14-15 September in London

***Information from the Gartner Security & Risk Management Summit 2015 will be shared on Twitter at http://twitter.com/Gartner_inc using #GartnerSEC