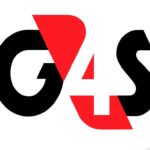 A National Audit Office (NAO) investigation conducted for the Home Affairs Committee following a Panorama programme which revealed shocking levels of abuse against detainees has shown for the first time that G4S made £14.3 million in profit from Brook House immigration removal centre between 2012 and 2018, with gross profit rates of between 10% and 20% per year.

Until 2018, the Home Office didn’t have the people in place to properly verify or validate G4S’ reported level of performance. The on-site monitoring of G4S’ contractual compliance was part of one junior civil servant’s role. This was insufficient to enable the Home Office to properly examine or challenge G4S on its management of the centre.

Since Panorama, the Home Office has increased the size and role of its contract monitoring team.

The 2018 review by Moore Stephens LLP found G4S’ billing was free from material errors in the level of staffing, service levels and costs savings achieved. The 84 incidents of physical and verbal abuse identified from the Panorama footage were not classified as a contractual breach and did not lead to any significant penalties.

Following the Panorama programme, which revealed shocking levels of abuse against detainees, the Home Office fined G4S £2,768 – less than 0.5% of the monthly fee – for eight incidents, four of which should have been previously reported.

The NAO found that G4S has broadly delivered to the terms of the contract.

The Home Office now considers the contract, which was extended for two years in August 2018, after the Panorama programme had been broadcast, to be “not fit for purpose”. The Home Office is currently procuring a new contract to manage Brook House from 2020 to 2028.

The NAO concluded: “It’s worrying that the normal contract monitoring and incident reports did not communicate the gravity of what was shown by the documentary. The inability of the Home Office to impose any significant financial consequences on G4S for the abuse of detainees highlights limitations in the contractual approach. It is vitally important that the Home Office continues its new approach of managing its provider to both the letter and spirit of its contracts.”

Yvette Cooper, chair of the Home Affairs Committee, said: “For G4S to be making up to 20% gross profits on the Brook House contract at the same time as such awful abuse by staff against detainees was taking place is extremely troubling. Given that profits reduced when G4S had to increase staffing and training after the Panorama programme, this raises very serious questions about G4S’ running of the centre to make higher profits while not having proper staffing, training and safeguarding systems in place. We asked the NAO to look into this contract because the Home Office would not give us complete information about it or about the way in which they were managing it. This report shows that we were right to do so.”

Cooper continued: “The NAO’s findings call into serious question the Home Office’s management of this sensitive contract and raise real problems about the contract itself. They’re right to say how worrying it is that Home Office monitoring did not reveal the gravity of the incidents taking place at Brook House. Our report on immigration detention has already identified a shockingly cavalier approach by the Home Office to this subject and a lack of proper oversight to ensure effective, safe and humane management of IRCs. In light of this report we will now be pursuing answers to further questions put to G4S and the Home Office.”