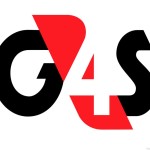 Working in tandem, G4S Cash Solutions and the independent crime-fighting charity Crimestoppers have helped reduce the number of attacks on G4S Cash-in-Transit vehicles by 80%. The organisations first began working together back in 2009.

Crimestoppers is an independent charity which helps the police to solve crimes, in turn making communities far safer environments. It does so by operating the 24/7 telephone number 0800 555 111 which people can call to pass on information about crimes on an anonymous basis.

As a result of joint working as well as other initiatives orchestrated by G4S Cash Solutions, the number of attacks on cash vans has fallen significantly (from 696 reported incidents in 2009 to 129 in 2014).

Now, the two organisations have announced that they will be renewing their partnership to continue tackling this form of criminality.

Crimestoppers’ anonymous reporting phone line has appeared on a number of G4S cash vans and appeals have been made to members of the public to help catch those responsible for Cash-in-Transit offences.

Rodger Holden, director of business development at Crimestoppers, explained: “Attacks on G4S security vans and staff are very serious offences which may lead to the loss of money. More importantly, they can also be a violent and terrifying ordeal for all staff involved. It’s not always easy to catch the culprits because people who have information about these crimes are sometimes afraid to speak out. By working with G4S Cash Solutions, though, we’ve helped to break down that ‘wall of silence’ and the number of attacks.” 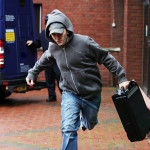 Holden added: “G4S are a valued partner. Together, we hope to do plenty more in the future to reduce Cash-in-Transit crime and make both working environments and communities safer.”

Andy Cruikshank, director of risk for G4S Cash Solutions, commented: “Our relationship with other agencies is critical in terms of keeping Cash-in-Transit crews and our customers’ money safe by catching and convicting those responsible for carrying out attacks. Crimestoppers is a great example of this.”

Cruikshank continued: “While the reduction in attacks has been significant, it’s important to note that attacks on our cash crews continue and remain a major problem for us. We saw 129 attacks in 2014, some of which resulted in serious injuries for our crew members. There’s still much work to be done and our ongoing relationship with Crimestoppers will play an important part in our ongoing success.”

Crimestoppers: the background and statistics

Around 17 people are arrested and charged every day as a result of information passed to Crimestoppers.

Since Crimestoppers began operations, the organisation has received over 1.6 million pieces of actionable information resulting in more than 132,000 arrests and charges. Over £131 million worth of goods have been recovered and £324 million-plus of drugs seized.

In 2005, Crimestoppers launched the UK’s Most Wanted on its website which allows the public to view images of criminals and pass on vital information about their whereabouts. This initiative has been highly successful, with over 3,300 arrests made to date.

Crimestoppers’ ‘Call to Action’ is built on a three-way partnership between the business community, the police service and the media.