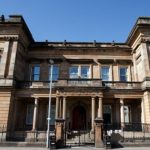 On Friday 31 May, G.W.E Security Ltd pleaded guilty at Paisley Sheriff Court to supplying an unlicensed security officer for a construction site at Westmuir Street in Glasgow. The operations manager of G.W.E Security, David Scott, also pleaded guilty. The company was fined £1,350 and Scott £450 having pleaded guilty to the same offence.

Based in Renfrew, G.W.E Security Ltd was (at the time of the offence) owned by Gillian Elliot and was investigated. The investigation by the Security Industry Authority (SIA) began in November 2016 when the Regulator’s criminal investigations team received intelligence that there was an unlicensed security officer working at a construction site on Westmuir Street in Glasgow.

Pete Easterbrook, criminal investigations manager at the SIA, said: “The supply of unlicensed security operatives is a serious offence. I welcome the conviction of G.W.E. Security Ltd and David Scott who showed a complete disregard for not only the law, but also the expectations of their customers.”

Easterbrook continued: “Regulation of the security industry has been in place in Scotland for nearly 12 years. The great majority of the industry is reputable and provides an important service in terms of protecting the public and property. However, there remains a very small number of individuals who believe that the law doesn’t apply to them and that they’re beyond the reach of the SIA and our partners. Those individuals are mistaken, as this result in court demonstrates.”

In conclusion, Easterbrook informed Risk Xtra: “The nature of the security industry in Scotland has changed dramatically since regulation was introduced. There’s no place for unscrupulous security companies, while criminality of any sort in the industry will not be tolerated. We will continue to investigate and seek the prosecution of those who engage in unlawful conduct.”