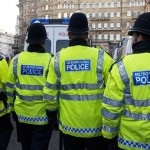 The police service will have to make fundamental changes in terms of how it’s structured and the role it carries out. That’s the considered view of Police and Crime Commissioners in England and Wales following their detailed analysis of possible budget reductions for the next five years.

The Association of Police and Crime Commissioners recognises that budget reductions are necessary to play their part in reducing public spending and have made significant savings and improvements in productivity while still keeping communities safe from crime.

However, with reductions in staff levels and support services already made, further budget constraints imposed by the Government would “lead to difficult questions” on how best to structure police forces to respond to changes in crime, and what this would mean for the local service provided to the public.

With financial pressures on other local services such as health, ambulances and councils, people automatically look towards the police service to help them.

Paddy Tipping, Nottinghamshire’s Police and Crime Commissioner, commented: “Working with chief constables, Police and Crime Commissioners have made significant savings since 2012 and we know that more will be needed. Crime has changed and become more complicated and more global, with further resources needed for areas like cyber crime and counter-terrorism. The police service cannot respond to these challenges alone. Other sectors and industries will have to work with us to share the responsibility in responding to changes in crime.”

Tipping added: “With more savings required, there will need to be a fundamental rethink on how we are organised, around the service we offer the public and the roles and skills demanded.”

Key findings from the analysis

*The funding shortfall could be approximately £400 million in the first year and increasing up to as much as £1.2 billion by 2020

*With fewer people upon whom to call, the successful ‘civilianisation’ of some posts may be scaled back or reversed. Some forces have already identified that officers would have to perform back office functions

*While further savings in running costs, procurement and ICT can be delivered over the next five years, a fundamental reconfiguration of roles will be needed

Proposed budget reductions will affect forces in different ways. According to the Association, Police and Crime Commissioners would like to work with Government on suggested approaches that would help to minimise the impact of budget reductions. These include:

*Protection of current grants for community safety and victim support

Security: “It’s fundamental, not an add-on”