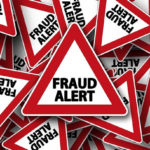 Seven fraudsters have been sentenced in the wake of investigative work undertaken by Action Fraud and Surrey Police. The group, who stole more than £800,000 after targeting elderly and vulnerable people, were given jail terms ranging from 27 months to five years.

Victims were cold-called and pressured into investing their savings in materials known as ‘rare earth elements’ (metals and oxides which are used in many electronic devices). Action Fraud was able to the link the reports made by victims and send them to Surrey Police for investigation.

Inspector Paul Carroll of the City of London Police’s National Fraud Intelligence Bureau said: “This is an excellent example of how our close partnership working with local forces can lead to successful prosecutions of cruel fraudsters. In this case, Action Fraud was able to link reports made by the victims and send them on to Surrey Police for what was a lengthy and complex investigation. These criminals betrayed the trust of unsuspecting people and made a living out of lying for their own monetary gain. We’re pleased that they have now been brought to justice.”

Detective Inspector Matthew Durkin from Surrey Police added: “This was a complex case to investigate due to the large number of defendants, the huge amount of digital, financial and paper evidence and the complex nature of the defendants changing relationships during the time that the fraud took place. I’m proud of the result we’ve achieved which is testament to the hard work of my officers. I want to pay a particular tribute to the bank manager who started this investigation by giving us a call when he was uncomfortable with an investment a client was trying to make. Without his quick thinking, who knows how much further the criminals would have gone.”

Durkin continued: “This company tried to appear professional and legitimate to the outside world, but all they were is professional criminals: thieves in suits. They were professional in their approach to defrauding their victims. They cold-called them, but took their time over making the investment seem legitimate, grooming the victims into believing that they had done their homework and this was a good investment. These victims were not stupid and they were not greedy. The criminals worked very hard to persuade their eventual victims – some of whom were previously successful business people or academics – that this was a good investment opportunity. Once the investor had transferred some funds, the group were ruthless in exploiting those that had fallen for their lies, persuading them to invest repeatedly by encouraging them to ‘increase’ or ‘diversify’ the portfolio and make it ‘more attractive to buyers’.”

In addition, Durkin stated: “These people have broken their victims’ lives. They took life savings, left investors destitute and ruined their confidence and independence. My message to anyone receiving a cold call about an investment opportunity is to hang up. If it sounds too good to be true, it probably is. If you’re tempted to make investments, then seek professional advice and help. Your due diligence needs to be completely independent of the people selling you the investment. It’s all-too-easy  to set up websites and glossy marketing materials that make an investment appear legitimate.”

*Genarro Fiorentino (38) of Wetherell Road, Hackney was found guilty of conspiracy to commit fraud on 28 November 2018. He was sentenced to five years in jail and also issued with a Serious Crime Prevention Order

*Darren Flood (40) of Ware Road, Hertford was found guilty of conspiracy to commit fraud on 28 November 2018. He was sentenced to 30 months in prison

*John Docker (32) of High Road, Chigwell was found guilty of conspiracy to commit fraud on 28 November 2018. He was also sentenced to 30 months

*Mark Whitehead (59) of Ixworth, near Bury St Edmunds was found guilty (by majority verdict) of conspiracy to commit fraud on 28 November 2018. He was sentenced to 3.5 years in jail

*Vikki King (also known as Vikki Edwards) (39) of Pattiswick Square, Basildon was found guilty of conspiracy to commit fraud on 28 November 2018. King was sentenced to 27 months

*Stephen Todd (37) of Blackwall Way, Tower Hamlets pleaded guilty to conspiracy to commit fraud on 6 September 2018. He was sentenced to a further year to be served consecutively to a previous seven-year sentence for fraud

*Paul Muldoon (also known as Paul Roberts or Paul Taylor) (34) of Hockley Green, Basildon pleaded guilty to conspiracy to commit fraud on 9 March 2018. He was sentenced to four years and also issued with a Serious Crime Prevention Order

Looking Over The Horizon: What Does Cyber Security Have in Store for 2019?