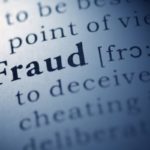 The cost of fraud to the charities sector hit a ten-year high last year, according to analysis undertaken by accountancy and business advisory firm BDO. Reported fraud within charities soared by £11 m to £20 million in 2018 – an increase of more than 120% and the highest reported value for the sector since 2009.

The BDO Fraud Track analysis, which examines all fraud over £50,000 reported to the media in the UK, shows that the charities sector was hit hard by fraudulent activity last year with a number of high-value cases.

The most significant case, which skews the £20 million total value, involved a West Midlands-based fraudster who attempted to claim on a fake £15 million winning ticket from the National Lottery (for a draw in which the £15 million jackpot was not won). The fraud was detected and the prize was not paid out.

Other notable cases in the sector include a Dunstable-based accountant who stole over £2.5 million from the Christian charity where he had worked for the last 16 years and a finance manager who defrauded nearly £1 million from charitable sports trust to fund luxury holidays with her husband.

Of concern in many of the reported cases is the fact that the proceeds of the crimes were spent on trivial lifestyle purchases, indicating that greed, rather than need, was the driver. The fact that charitable funds were the target makes it even less palatable.

John Baker, a director at BDO and counter fraud specialist for the charities sector, commented: “Almost all the reported charity frauds this year fell into the theft and cash fraud category. Unfortunately, this is always a risk for charities that often don’t have funding that allows for the most sophisticated fraud detecting measures. As a first step, firms should put in place greater controls and monitoring of those who have access to critical business and financial information.”

Kaley Crossthwaite, partner and head of fraud at BDO, stated: “Ignoring the substantial £15 million National Lottery case which has skewed last year’s figures, charities are still paying a high price for criminal activity that can often be avoided. Worryingly, our experience suggests this is only the tip of the iceberg, too, with as few as one-in-50 cases in the UK being likely to be reported. Increasingly, we’re seeing high-value complex fraud being dealt with outside the judicial system as organisations prefer to deal with these situations behind closed doors to avoid reputational damage. I would urge organisations to be vigilant against the threat of fraudulent activity, particularly so as the general economic outcome is uncertain, and have a plan in place to deal with fraud from discovery to recovery.”

Across the sectors, another dramatic increase in 2018 occurred in the utilities sector, with the value of fraud rising over 1400% to £9.3 million – up from £618,000 in 2017. However, this was largely due to two specific cases involving foreign exchange cash trading and a £3.8 million theft and money laundering scheme.

Other notable increases in value came in the manufacturing and construction sectors, which grew by 1,000% and 200% respectively to £23 million and £20 million.