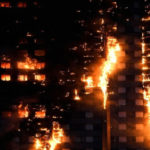 Focusing on the Public Inquiry into the Grenfell Tower disaster, Fire Protection Association (FPA) managing director Jonathan O’Neill OBE has used the organisation’s annual Fire Sector Summit as a platform for urging the Conservative Government to “get on with it” when it comes to making the “obvious changes” deemed to be required as far as current Building Regulations are concerned.

Chairing the event, O’Neill emphasised his feelings towards the current state of the fire industry. He opened by commending the Fire and Rescue Services, commenting: “Please don’t see Sir Martin [Moore-Bick]’s comments and recommendations [regarding the Grenfell Tower fire] as an attack. View them as an opportunity. If Dame Judith Hackitt gets her way you will likely to be asked to do more and more and to be better at it. You must not stand by and see others moving out of the shadow of austerity while you are left behind. Show that you are a Fire Service that listens and learns. Recognise the changing risk profile on your patch, such as the greater number of ‘at-risk’ groups and individuals being accommodated in more combustible, less resilient structures and then demand the resources to sort this out.”

Addressing the Government directly, the FPA’s leader urged: “I’ve heard the Government isn’t planning to introduce the legislation that will see Dame Judith Hackitt’s recommendations become law until the middle of next year, while the law will take about a year to pass through the Parliamentary process. That’s four years after the Grenfell Tower fire. It’s too long. I make the plea to Government that, after the General Election, whomever is in power must get on with it. Make the changes in the Building Regulations that are so obvious they really don’t require further scrutiny. Mandate third party certification, ban single staircases in tall buildings, install sprinklers and high integrity detection and evacuation systems and ban combustible materials in all high risk occupancies, regardless of a building’s height. This isn’t rocket science. Get on with it and get on with it immediately, please.” 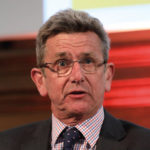 This self-proclaimed ‘soapbox’ moment received a loud round of applause in agreement from the delegates before the plenary session could continue.

Chris Auger, BAFE’s head of schemes who attended the event, commented: “BAFE fully support and reiterates Jonathan O’Neill’s statement and demands to Government. An important factor here is to consider the entire life-cycle of buildings and their ongoing assessment for fire risk. The competency of fire risk assessors continues to remain a largely unregulated and precarious market. BAFE introduced the SP205 Life Safety Fire Risk Assessment Scheme in 2012. It was developed on request from Government after the Lakanal House fire in 2009. The industry has regulatory procedures available, but while this remains voluntary only the overtly responsible providers are gaining third party certification to prove their competency in this realm.”

Auger added: “Big changes are required to ensure that only competent providers are being used for the appropriate work. Construction and fire safety providers cannot let all of the excellent work completed by the Competency Working Groups go to waste through inactivity from Government or the industry itself.”