The Security Institute has begun 2016 by announcing a new President. Succeeding Lord Alex Carlile at the head of the organisation from the 2016 Annual General Meeting in April is former Security Industry Authority (SIA) chairman Baroness Ruth Henig CBE.

While at the SIA, Baroness Henig was instrumental in overseeing a regulatory overhaul and the introduction of a new, modern and fit-for-purpose regulatory regime for the provate security business sector.

Previous high profile roles Baroness Henig has held in the security sector include her chairmanship of the Association of Police Authorities (which ran from 1997 to 2005), after which time the Baroness became the Association’s president.

The Baroness was also a member of the National Criminal Justice Board from 2003 through to 2005.

Baroness Henig was awarded a CBE for services to policing in 2000.

Announcing the appointment, The Security Institute’s chairman Garry Evanson CSyP enthused: “We’re delighted that we’ve been able to invite an industry heavyweight to be our president at a time when we’re moving into what I’m certain will be a period of steady future growth across all areas of the Institute’s activities. Through her diligent work with the SIA, Baroness Henig has been instrumental in shaping today’s security sector, while her vast experience and wise counsel comes at a welcome time for the Institute as it focuses on new horizons.”

In parallel, Lord Alex Carlile has been announced as the new Patron of The Security Institute when his tenure as President comes to an end. 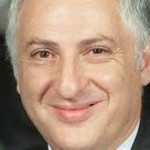 Announcing the change of role, Garry Evanson stated: “Lord Carlile told me some while ago that he felt it was time for someone else to step into the breach as our President after eight years in the role. I have to say that I can understand this wish after the hard work he has put into the organisation throughout his tenure in office.”

Evanson continued: “Neither party wished to break entirely the strong bond Lord Alex feels for The Security Institute, so the role of Patron will allow him to remain an important figure in our ongoing development while he steps back from the front line of involvement. At this point, I want to thank Lord Alex for his hard work in furthering the aims of our professional body at a time when we expanded our activities quite significantly. The Board and the Institute’s membership are extremely grateful for his contribution towards our past and ongoing successes.”

Art and science of security management

The Security Institute is a not for profit organisation that was established back in 1999 for the benefit of individuals working in the security sector. It promotes the art and science of security management and works to drive standards, educate and spread Best Practice across the security sector – a sector responsible for the safety of much of the UK’s Critical National Infrastructure.

The Register of Chartered Security Professionals was launched on 7 June 2011. Established under Royal Charter by The Worshipful Company, the Register itself endorses the main aim of the Company which is “to promote, support and encourage standards of excellence, integrity and honourable practice in conducting the profession of security practitioners and to aid societies and other organisations connected to such a profession.”