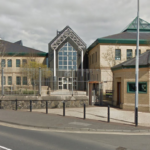 On Friday 18 October, a former security company boss was ordered to pay £70,800 from the proceeds of crime by the presiding Judge at Antrim Crown Court. Steven Nixon of Portadown recently served a four-month prison service for ignoring a community service order following a conviction for fraud. This new order, given under the Proceeds of Crime Act 2002, relates to the value of assets currently available to Nixon.

The confiscation of Nixon’s assets was sought by the Security Industry Authority (SIA) following his conviction for a range of offences against the Private Security Industry Act 2001. The Judge at Antrim Crown Court agreed that the full benefit to Nixon of his criminal behaviour was £237,756.14. This means that, should Nixon’s wealth increase, the SIA will have a call on his assets up to the full benefit figure.

Pete Easterbrook of the SIA’s criminal investigations team said: “This confiscation order stands as a warning to others who may choose to engage in criminality within the private security industry. Our powers under the Proceeds of Crime Act are far reaching and, although Nixon initially believed he could hide some of his assets from our investigators, we were able to trace them and present them to the court. Those who believe that they can commit criminal offences and then hide the proceeds of their crime in this way are very much mistaken.”

Easterbrook continued:“The security industry plays a vital part in ensuring public safety and the expectations placed upon those who operate within it are high. The majority of the private security industry in Northern Ireland is professional, with services delivered to a very high standard. The number of those who persist in committing offences and who show a complete disregard for regulation is small, but it’s these individuals, and those supplying them, who present a risk to the public. We will pursue these individuals vigorously and, where a conviction is obtained, we will use our powers under the Proceeds of Crime Act to recover the benefit of any criminality and ensure that committing crime within the security industry doesn’t pay.”

This Proceeds of Crime Act order follows a successful prosecution by the SIA in December last year. Nixon, who was the owner of Eventsafe Security Ltd, was sentenced to nine months’ imprisonment for fraud and three months for supplying unlicensed security operatives. Both jail sentences were suspended for three years. Nixon was also required to complete 100 hours of unpaid work in the community.

Nixon’s failure to comply with the community service order led to his imprisonment.

In January 2017, the SIA received intelligence that Nixon was still operating as a sole trader via his company Eventsafe Security Ltd, despite having his licence revoked in May 2016 due to his criminality. Nixon sought to ignore – and then to mislead – the inquiry prior to being charged and convicted of two counts of fraud and two offences against the Private Security Industry Act 2001.

Antrim Crown Court also heard that Nixon had 39 previous convictions against his name.