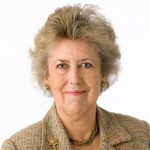 Baroness Eliza Manningham-Buller has been confirmed as a co-president of Chatham House (the Royal Institute of International Affairs), replacing Liberal Democrat peer Lord Paddy Ashdown of Norton-sub-Hamdon who steps down after ten years in the role.

Eliza Manningham-Buller was director general of the UK’s Security Service (MI5) between 2002 and 2007 and became an independent life peer in 2008. She served as chairman of Imperial College London from 2011 to 2015.

The Baroness brings to Chatham House an extensive knowledge of – and experience in – international security as well as a deep interest in medical research and global health, having served as a member of the Board of Governors of The Wellcome Trust since 2008. In October this year, Baroness Manningham-Buller will become chairman of that Trust’s Board of Governors.

Lord Ashdown steps down after serving as a co-president alongside Sir John Major, Patricia Scotland and their predecessors Lord Hurd of Westwell and Lord Robertson of Port Ellen. Over that period, the Institute benefited enormously from his extensive experience in international politics and conflict resolution, including Lord Ashdown’s role as High Representative for Bosnia and Herzegovina which ran from from 2002 to 2006.

Dr Robin Niblett, director of Chatham House, commented: “I’m delighted to welcome Elizabeth Manningham-Buller as a president of Chatham House. Throughout her career, she has brought deep knowledge, careful analysis and sound judgement to bear upon some of the most difficult dimensions of public policy. The Institute will benefit greatly from these qualities as it draws on her engagement with Chatham House over the coming years.”

Niblett added: “I would like to pay tribute to Lord Ashdown for his long-standing support of Chatham House. His contributions to our substantive debates, both internally and externally, have been invaluable on numerous occasions. We look forward to his continued involvement with the Institute as an active member of our Panel of Senior Advisors.”

Speaking about her new role, Baroness Manningham-Buller said: “I am delighted to be elected as a Chatham House president at this important time in the Institute’s history as it grapples with a complex and inter-connected agenda of policy challenges. I look forward to working with John Major and Patricia Scotland in supporting Chatham House and its valuable and necessary work.”

A president’s term at Chatham House lasts for five years, and is renewable only once. There are no governance responsibilities. These reside solely with the Institute’s Council.

Chatham House’s three presidents underpin the Institute’s independent, non-partisan voice on international affairs. Through their experiences at the highest levels of Government and diplomacy, the presidents confirm the connection between Chatham House and policy-makers.