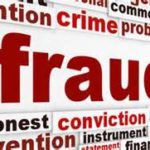 A senior banker, a financial consultant and their associates who conspired to enrich themselves, driving businesses into the ground in the process, have been jailed for almost 50 years after being convicted of corruption, fraudulent trading and money laundering.

Scourfield headed a department at HBOS which dealt with businesses in financial difficulty. Having been bribed by Mills, he required selected customers of the bank to engage the services of Mills and his company Quayside Corporate Services Ltd in order to obtain further lending from HBOS.

Scourfield then advanced large sums of money to the businesses, well past the point that it should have been obvious the debt could never be repaid.

This enabled Mills and his associates – namely his wife Alison, Michael Bancroft and Tony Cartwright – to demand very high fees for their ‘consultancy services’. In some cases, Mills and Bancroft were able to take over the running of the ailing firms for their own benefit.

Many of the businesses affected by the group’s actions went into liquidation resulting in job losses, financial hardship, marital breakdowns, the loss of homes and serious ill-health.

The police investigation uncovered evidence of huge rewards provided to Scourfield by Mills to reward his corruption, including cash payments and money transfers amounting to several hundreds of thousands of pounds. Mills also provided lavish hospitality and expensive foreign holidays.

Stephen Rowland, specialist prosecutor from the Crown Prosecution Service’s Specialist Fraud Division, said: “Many people have had their lives ruined by the corrupt behaviour of Lynden Scourfield, David Mills and their associates. Scourfield worked in a section of his bank which was supposed to help struggling businesses but instead, motivated by greed, he went about stripping them of their assets.”

Rowland added: “This was a complicated prosecution due to the volume and complexity of the financial transactions and the large sums of money involved. In the end, thanks to the diligent work of prosecutors and investigators alike, the Jury members were left in no doubt that the actions of these six defendants were criminal.”

Jonathan Cohen, 60, was acquitted of fraudulent trading and conspiracy to conceal criminal property.

BS 9999 Fire Safety in the Design, Management and Use of Buildings revised by BSI