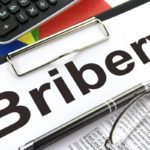 In a hearing conducted at Walsall Magistrates’ Court on Thursday 30 May, Carole Ann Hodson pleaded guilty to bribery in relation to a scheme orchestrated to secure £12 million worth of contracts for ALCA Fasteners Ltd, a company she owned at the time. The scheme, which operated between 2011 and 2016 while Hodson was managing director and majority owner, saw nearly £300,000 of bribes paid to Terje Moe, a purchasing manager employed by the Würth Group of companies (a customer of ALCA Fasteners Ltd).

Under the scheme, which continued until his retirement, Moe would receive 2.5% of the total of every order made by his company to ALCA Fasteners Ltd.

The bribes, which were paid in monthly cash instalments, came as 64 separate payments over the period. On one occasion, Hodson also sent bespoke jewellery to Moe in a brown envelope placed within a shipment to his employer.

False invoices were created to justify the cash transfers, recorded in ALCA Fasteners Ltd’s accounts as ‘sales commission payments’ or other payments not related to genuine transactions, with Hodson later lying to her company’s auditors to disguise the true nature of the payments. To maintain the value of her company prior to selling it in 2017, Hodson then lied to the purchasers by claiming that the business hadn’t been involved in any unlawful conduct.

Lisa Osofsky, director of the Serious Fraud Office (SFO), commented: “Justice has been served. Carole Ann Hodson has admitted her part in this crime and pleaded guilty to her misconduct. Bribery has no place in British business. This sort of corruption corrodes trust and distorts markets, making it impossible for companies to function and undermining the UK’s reputation as a rule of law country and a safe place in which to do business.”

The SFO began investigating the affairs of ALCA Fasteners Ltd (including its officers, employees, agents and people associated with it) on 20 December 2017 following a referral by the company’s current owners and directors who continue to co-operate with the investigation. The SFO’s investigation is ongoing.

In Norway on 6 July last year, Terje Moe pleaded guilty to two charges relating to the receipt of bribes, contrary to the Norwegian Criminal Code.