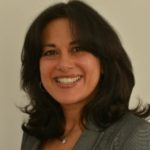 The Security Institute’s senior leadership team has announced that former BBC journalist, Anna Averkiou, has accepted a position as Board advisor in the area of media engagement. An international journalist, part-time journalism lecturer, media consultant and trainer, Averkiou will bring more than 30 years of experience to her advisory role, listing some of her key skills as reputation management, crisis media management and strategy, broadcast and print journalism, risk mitigation and public speaking.

In addition to senior editorial and management roles at the BBC, Averkiou also spent several years covering headline stories in the Balkans, Europe, MENA, CIS and SE Asia for WTN (APTN), Visnews (Reuters TV), CNN, Superchannel, MBC, and ABC (US). She regularly teaches, writes and speaks about journalism and media issues – particularly relating to Critical National Infrastructure and security-focused matters – and was media advisor to the panel of the Independent Jersey Care Inquiry into historic child abuse.

Within her consultancy, Averkiou already works with SMEs and clients in the not-for-profit sector, making her expertise particularly useful for the Institute to improve upon its current practices with managing internal press, news and media operations strategy.

Speaking about her appointment, Averkiou said; “This sector has traditionally stayed under the press radar, but given today’s fast-changing media landscape, it’s now more vital than ever that the right people are providing information and reassurance to the public via different media platforms. I’m looking forward to helping The Security Institute become the go-to place for comment and analysis on key security issues and I’m delighted to have been asked to come on board.”

The Security Institute’s chairman Dr Alison Wakefield FSyI observed: “I’m delighted that Anna has come on board with us as media advisor to help us build the Institute’s profile at the national level. We will be identifying several key areas in which we want to establish a distinct media message and a number of media-trained representatives of The Security Institute who will present those messages. It’s essential that security messaging in the media is authoritative and up-to-date. With Anna’s help, we will be working to build the connections that we need in order to make sure the Institute is represented on our TV screens and in the national press on a more regular basis.”