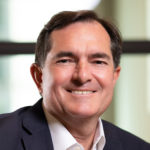 Peter Searle, one of the foremost experts in Europe when it comes to staffing recruitment and outsourcing labour supply, has joined ‘Labour-as-a-Service’ staffing platform Broadstone as a non-executive director. Searle’s extensive experience in scaling businesses and his wealth of knowledge about the temporary staffing industry will help Broadstone as it grows and plans to take on traditional High Street staffing agencies.

Broadstone – which is active in the private security industry’s staffing marketplace – has also made two new senior hires, with Manish Dev recently appointed CFO and Tracey Kitchen joining the ranks as head of compliance.

Searle has more than 30 years’ experience in the recruitment sector. He previously held the position of CEO for the UK and Ireland at Adecco for more than ten years having served in the same capacity at Spring from 2006-2009.

In 2015, Searle joined Airswift as CEO, and was subsequently appointed executive chairman in 2018. Searle also holds a string of awards from the Recruitment and Employment Confederation including a Lifetime Achievement Award for services to recruitment.

In addition to his extensive expertise in the recruitment industry, Searle is also highly skilled at scaling large international businesses. He brings start-up expertise from his role as a non-executive director of the Government-backed Start-Up Loans company.

Searle joins Broadstone at an exciting point in the company’s journey. The business has thus far grown revenues by 470% in 2019. Likewise, the size of the worker community using Broadstone is growing by more than 700% from 3,285 in August 2018 to a predicted 26,890 come August 2020.

To support this rapid growth in revenue and the worker community, Tracey Kitchen will be responsible for ensuring all workers registered to the platform have the right permits and checks as the community continues to grow. In his role as CFO, Manish Dev is now responsible for growing the long-term value of the company.

Tom Pickersgill, founder and CEO of Broadstone, stated: “We’re thrilled to have Peter on board. He’s a seasoned recruitment professional and knows the temp industry inside out. He’s also very experienced in scaling businesses which will be crucial for us as we continue to experience rapid growth as a company and look to expand into new geographies and new sectors. Peter’s role as a Board member and an investor in Broadstone is a huge stamp of approval and his knowledge will be invaluable in helping us to establish our technology-focused ‘Labour-as-a-Service’ approach to temporary staffing as the default in the future.

Pickersgill added: “We’re also delighted to have Tracey and Manish join the team. Broadstone has really taken off as a new way to recruit and we’re making waves in the temporary staffing industry. We have an experienced and high-performing team in place to ensure we can continue on this path.”

Of his new role, Peter Searle informed Risk Xtra: “I’m delighted to be joining the Broadstone Board. This company is really making waves in the temporary staffing world and it’s great to be involved and to join at such at an exciting time. Broadstone is changing the face of temporary recruitment and challenging the High Street staffing agencies that haven’t adapted to cater to the modern workforce and its needs. The business has already seen huge success in the security market and has big plans to expand its tech-focused approach across the board. I”m looking forward to helping the company on this next stage of its business journey.”

As well as holding senior roles at Adecco and Airswift, Searle is also heavily involved in educational Government initiatives and has appeared on the Government’s Select Committee for Education. He was also vice-chair of (then) Deputy Prime Minister Nick Clegg’s bold social mobility project entitled ‘Opening Doors’.