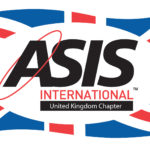 The Foreign and Commonwealth Office (FCO) is directly responsible for protecting and promoting British interests worldwide, having been created back in 1968 due to the merger of the Foreign Office and the Commonwealth Office. Presently employing over 14,000 individuals in nearly 270 diplomatic offices, the FCO wanted to accredit its security professionals and, after researching the various security membership organisations, approached ASIS in the UK to discuss how members of the team could join.

The membership process was led by the ASIS UK Chapter’s vice-chairmen Mike Hurst and Graham Bassett. Following meetings with FCO representatives in the UK and, indeed, with the ASIS leadership in the US, the Chapter is now delighted to welcome almost 40 new ASIS UK members from the FCO, a number that’s likely to increase over the next few months.

This cohort represents the biggest single influx of new members for the organisation so far this year, with the expectation that a good number of these FCO security professionals will undertake study for ASIS certifications, namely the Certified Protection Professional (CPP), Physical Security Professional (PSP) and Professional Certified Investigator (PCI) qualifications.

Hurst pointed out that there’s another large group of security professionals from Amazon, based on mainland Europe, also engaged in a CPP study programme.

In conclusion, Hurst stated: “This latest initiative shows exactly how seriously the FCO takes its security responsibilities. The fact that this Government Department chose ASIS International speaks volumes for the glocal [global yet local] reach of the Association.”

ASIS International’s UK Chapter is the fourth largest globally and the biggest outside of North America.

Physical Security as a Service: The Concept