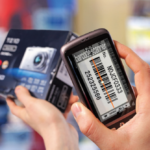 Robust calls for international standards designed to safeguard the security of new digital ID technologies have been supported by the first Digital Document Security Conference. The event saw delegates from global Government banknote and ID issuing and enforcement agencies gather in Berlin. Established security document providers such as Bundesdruckerei, Goznak, SICPA and Orell Füssli, universities and research institutes as well as representatives from Google, Veridos and Scytáles were in attendance alongside other pioneers in digital transaction and ID systems.

The conference, which was organised by Reconnaissance International (an authoritative source on secured document data), supported moves towards introducing new global standards spanning the characteristics, security and interoperability of digital driving licences, other ID documents and bank and credit card data stored on smart phones and other portable devices.

The safety and security of digital identity and financial transactions was a key theme to emerge from the presentations and discussions. The event showcased several new digital ID initiatives, such as Kosovo’s new digital driving licence, in addition to other developers’ specific approaches to the protection of digital systems. 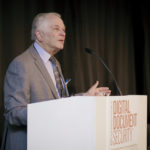 However, the fragility of public trust in these systems was also acknowledged as critical. The question was posed: ‘Will these technologies have the same level of public trust and confidence enjoyed by banknotes and passports, which feature a high level of inbuilt security and protection?’

On the day Dr Alan Hodgson, conference co-chairman, pointed out: “Trust takes a long time to build and no time to destroy.” On the other hand, a key driver for digitisation is public convenience, although this can jeopardise or otherwise compromise security. Co-chairman Ian Lancaster iterated that this transition brings a shift in power from the issuers to the public who own and control the smart phones on which these systems work.

Conference also heard that the tipping point in the move from physical to digital and eID systems had now been passed. This didn’t prevent delegates from expressing their concerns regarding the security of such systems given the large number of hacking and ID theft cases now being reported.

The inaugural Digital Document Security Conference was so successful that delegates have called for it to be held again in 2020.