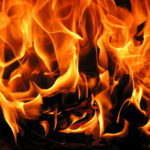 The Fire Sector Federation (FSF) has acknowledged and welcomed the announcement made by the Government in advance of a debate in Parliament on the Grenfell Tower fire. The delay in positive action has been a deep cause of concern to Federation members so the outlined steps, particular in relation to the role of the Health and Safety Executive and the promise of a new Act of Parliament, are seen as helping to move the whole process forward.

Federation members have been working together with many others for over two years now in a bid to improve fire safety by advancing standards and quality. Picking up the theme highlighted by the Building Safety Review of “not marking your own homework” and the need for developing third party assurance for people and products, the Federation has called for fast-tracking third party certification by recognising it within formal guidance and using third party assured companies to supply products and services such as fire risk assessments.

The Federation hopes that the announcement from Westminster demonstrates that a serious transition step of turning deliberation and advice into action is now actually starting.

Michael Harper, chairman of the FSF, stated: “Having called for a decade of change to prevent another tragedy and to help ensure we have a UK built environment safer from fire, I welcome and acknowledge on behalf of the Fire Sector Federation the Governments’ significant announcement and commitment to improve building fire safety.”