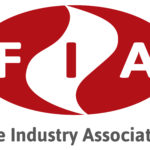 The Fire Industry Association (FIA) has just published its sixth Market Conditions Review. Orchestrated every six months, the Review is a ‘snapshot’ designed to provide an independent assessment of the present state of the fire protection market in comparison with the preceding period.

Looking at the latest survey as a whole, and seeing so many factors remain the same as was the case six months ago, indicates “a clear period of stability”, asserts the FIA within the document’s Executive Summary.

The report does show some positive changes, one of the main ones being that sales enquiries are on the increase. Much of this increase is seen in the North East and North West regions, with the South East witnessing less of an uptick in business. However, the conversion from enquiry to order remains static and is evenly spread between public and private sectors alike.

The FIA records a slight increase in the recruitment of skilled labour, but no change in the hiring of apprentices. Training requirements haven’t altered, and there’s no perceived change set to occur here in the next six months.

One subject that has evolved in the last six months is the requirement for third party certification from tenders. The FIA believes strongly in this matter as a means of raising the bar in terms of professionalism within the fire sector.

Key points from the Review

The latest Market Conditions Review states that the last six months have witnessed the following developments: 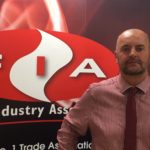 *40% of companies who replied have recruited skilled labour in the last six months, albeit at a small scale whereas only 5% have shed skilled labour (this is in addition to the very slight increase in creating apprenticeships)

*the need for workforce training remains the same (although still at a healthy level), with predictions for the next six months to remain at the same level

*suppliers’ prices have remained the same with some companies seeing a slight increase, while the same amount of companies witnessed the same slight decrease

*on payment, many companies are seeing the receipt of monies remaining roughly the same, with the 30-60 day period clearly exhibiting a decline in comparison with the shorter and longer payment times

The Review is the result of a survey of both FIA member and non-member companies across the UK.

Speaking about the Market Conditions Review’s findings, Ian Moore (CEO at the FIA) commented: “Looking at the survey as a whole, and seeing so many factors remain the same as six months ago, this would indicate a clear period of stability. Given the erratic economy over the last few years, maybe this is what we’ve needed so that companies finally feel there isn’t another cliff-fall around the corner. That said, it’s hard to ignore the much-debated Brexit situation which will affect everyone, and not just the companies that export. Whichever way it goes, there will be changes. Let’s hope they’re mostly positive in nature.”

On Friday 29 April at 9.00 am, Moore will be participating in a webinar facilitated by FIREX International and focused on the current state of the fire industry. Moore will focus on answering key questions such as: ‘Is the fire industry growing?’ ‘Where is growth coming from?’ ‘How is the export market affecting growth levels?’ and ‘Does the market have enough skills in place to meet the complex requirements of the industry?’

Moore will also cover many other topics including apprentices, the tendering process and regional sector growth.

*Register here for the webinar