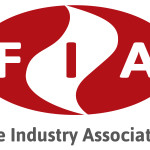 The Fire Industry Association’s report is essentially a ‘snapshot’ taken every six months in a bid to review how the fire protection market is performing. The results are based on a survey conducted by the FIA of both its own members as well as non-member companies across the UK.

Wave 5 of the report unearths some interesting results. For example, the fire sector has reported an increase in orders compared with the preceding six months, with the private sector clearly driving growth. In addition, 60% of those companies responding to the survey have witnessed an increase in the number of enquiries.

Meanwhile, tender invitations have increased over the last six months with 48% of companies indicating either ‘a lot more’ or ‘slightly more’ invitations. There has also been a slight increase in tenders requiring third party certification.

Ian Moore, the FIA’s newly-installed CEO, told Risk UK: : “The growth in the UK construction market appears to be sustainable with the data we’ve compiled clearly indicating as much. Also, various overseas markets are back leading to increases in export sales for our members. As is to be expected with sustained growth, the recruitment of skilled staff and further training of existing staff has also seen an increase. This is good news all round.”

38% of companies that replied have recruited skilled labour in the last six months whereas only 4% have shed skilled labour. This is in addition to the slight increase in creating apprenticeships.

The need for workforce training continues to increase with 43% of responding companies stating an increase in training with only 5% decreasing training over the past six months. Predictions for the next six months align with a similar trend.

On payment, 86% of companies who contributed to the latest Market Conditions Review reported that they’re receiving payment in 60 days or less.

“There seem to be a lot of people that run buildings open to members of the public that are not interested in upgrading systems or even making sure the systems comply. We have also have had a lot of fire risk assessments submitted where they just put down L5 with variations!”

“Things are picking up, but there does seem to be more competition and price pressure”

“The fire industry is still very slow to recognise technology advancements such as IP and digital systems, etc”