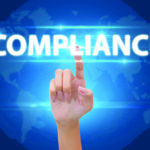 46% of 1,513 financial services sector-based respondents to PwC’s economic crime survey have reported experiencing crime in the last 24 months, which is up from 45% in the last survey conducted during 2014. This outpaces the industry-wide global average by 10% (at 46% versus 36%).

In the UK, a quarter of those surveyed included corporates in the financial services sector with more than 10,000 employees. More than 60% of UK respondents reported suffering economic crime in the last two years, 10% of which was carried out by internal perpetrators. Almost 70% state that they increased spending on compliance in the past 24 months, with 60% expecting it to increase in the next two years.

It means the industry hasn’t managed to substantially reduce the level of reported economic crime despite the level of investment in compliance outpacing that of the wider business world. The cost impact of crime has also increased, with 46% of those experiencing losses valuing them at up to $100,000 for every crime (40% in 2014), and almost a quarter (24%) experiencing losses between $100,000 and $1 million (23% in 2014).

*16% of those that reported experiencing economic crime had suffered more than 100 incidents, with 6% suffering more than 1,000

Financial services also faces a global shortage of sufficiently skilled and experienced compliance professionals, particularly in areas such as anti-money laundering and counter-terrorist financing compliance in order to help understand and manage the interconnected risks of economic crime.

Financial services organisations have struggled to join the strategic dots across the growing volume, sophistication and variety of economic crime.

Andrew Clark, a PwC forensic services partner focusing on financial crime, said: “New thinking is needed to make investment in compliance deliver value and tackle economic crime more effectively. Across the industry, there’s a need for new approaches and technologies to more effectively target areas of greatest risk. Culture has been an area of focus in the wake of the financial crisis, and this needs to continue to more firmly embed compliance behaviours within the heart of organisations. Regulators also have a key role to play in keeping rules up-to-date with developing technologies and encouraging innovative ways in which to tackle criminality.”

35% of respondents thought financial crime had a high or medium impact on relationships with regulators, with the costs of remediation and compliance described as “staggering”. Spending should be targeted where it can make the biggest difference. For sophisticated global institutions, this means automating labour-intensive processes, improving the quality and accessibility of information and evaluating new, more effective technological detection methods (including blockchain, biometrics and data analytics).

PwC’s Global Economic Crime Survey was conducted through an online survey of 6,337 respondents across all industry sectors in 115 countries. 45% of the respondents are at Board level and 30% heads of department/business units. 59% of all respondents emanate from multinational organisations. Respondents came from all sectors, including financial services. The survey was conducted between July 2015 and February this year.