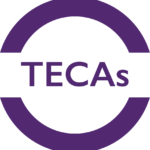 The finalists in the inaugural Tackling Economic Crime Awards (TECAs) have been announced. Recognising the valuable contribution in tackling all areas of economic crime, the TECAs showcase the very best companies, individuals and initiatives that the sector has to offer and acknowledges their considerable achievements.

Professor Martin Gill CSyP FSyI, founder of the TECAs, said:  “The response we’ve received to the first-ever TECAs has been outstanding. This is a sector-wide initiative designed to create a level playing field. The Judges are nominated by the industry associations and agree to mark to an ethics policy. That’s why winning is so valued.”

The 2019 finalists are as follows:

*Charity Commission for England and Wales and the Fraud Advisory Panel

*The ALP Team for Combating OAP Fraud (The WoS Group)

*The Barclays Team for its Approach to Human Trafficking

*The winner in this category will be revealed on the day

All winners will be announced at a prestigious black tie awards ceremony to be held on Monday 9 December at the Sheraton Grand Hotel on London’s Park Lane. Ticket holders will have the opportunity to network with their peers during a drinks reception, enjoy a sumptuous three-course gala dinner with colleagues and, following on from the award winner announcements, celebrate with the very best of the profession. It’s the ultimate networking opportunity of the year.

Altia-ABM is the headline sponsor in 2019, while Cifas is sponsoring the menu/programme.

Jailed managers ordered to pay back £560,000 to NHS in wake of procurement fraud