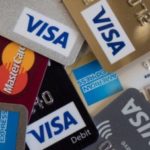 Analytics software firm FICO has released its annual interactive European Fraud Map, which shows that the UK’s card fraud losses hit a record £671 million in 2018. The data from Euromonitor International and UK Finance compares these losses against previous years and 18 other European countries.

The UK’s card fraud losses were the biggest in Europe, and account for nearly half of the €1,616 million (approximately £1,400 million) lost to fraud across the 19 countries in the map. This development comes just a year after the UK managed to cut fraud losses by 8%.

“The threat of fraud in the UK has been persistent and growing extensively over the past seven years,” stated Matt Cox, vice-president for fraud management solutions in Europe at FICO. “The sheer volume of attempted fraud has meant that, although more fraud is being prevented now than ever before, and that it’s being caught earlier in the attack cycle, the total value lost is still on the rise.”

The primary cause of these record-breaking losses is an epidemic of high-profile data breaches.

“Personal information lost in high-profile data breaches means it’s easier than ever for criminals to impersonate individuals and businesses, so we all need to be more vigilant, both personally and as an industry,” asserted Cox. “We’re seeing the continued growth and diversification of social engineering fraud, which uses techniques like vishing, phishing and whaling.”

Money laundering via mule accounts also remains a challenge for banks. With the proliferation of real-time payments – made possible by Faster Payments in the UK and SEPA Instant Credit Transfer across Europe – criminals can move and retrieve their ill-gotten gains between accounts and across borders on a near instant basis. This makes fraud harder to follow, catch and remediate once it has taken place.

“The key to fighting online fraud lies in establishing practices to protect against data compromise,” outlined Cox. “Drawing on global networks of loss data and confirmed cases of fraud enables businesses to identify and prevent data breaches significantly earlier, thereby reducing the customer losses and operational pressures that often result from these attacks.”

*Further information is available at http://www.fico.com/europeanfraud/