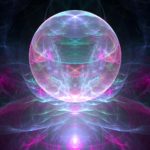 BBC News recently reported that the UK’s Brexit ‘divorce bill’ payment to the EU could be in the region of £44 billion, but the final settlement figure remains unclear. At present, there are little or no guarantees as to what the future holds post-Brexit, either for the fire industry itself or, indeed, the UK as a whole. Ian Moore asserts exactly why it’s important to ensure that the fire industry’s voice is clearly heard in a number of areas directly affecting its constituent members.

When talk turns to Brexit, immigration (of both skilled and unskilled workers), working relationships with European Union (EU) members, exchange rates, standards/certification and tariffs on imports and exports into the EU are some of the key areas in which the fire industry has a keen interest and must make its feelings known.

We should determine to be positive by looking at the new opportunities that will continue to arise. By way of an example, I’ve received a number of communications from overseas Trade Associations that believe we will now be looking for stronger relationships outside of the EU. These relationships could open the door to improved export prospects.

Let’s begin this examination of a post-Brexit landscape by focusing on the immigration issue. The fire industry is directly linked to the construction sector, which is useful as there are so many statistics available from this much-discussed world (not least those harboured by the Confederation of British Industry). Without delving too deeply into the realms of politics, we’ve needed immigrant workers on many occasions over the years. The construction industry requires a large number of unskilled and semi-skilled staff as it’s so labour intensive, but with a restriction on the free flow of individuals from EU countries, manpower requirements would be difficult to achieve.

We do have UK citizens that could take some of these roles, but are they as willing or, in some cases, skilled enough to do so? Either way, I fully expect the construction sector will have to pay more for its labour. As for the skilled labour market, putting up barriers to entry will surely deter much-needed talent. Undoubtedly, once again the construction industry will suffer.

The UK’s relationship with its EU partners has never been great. We’ve been perceived to stand slightly apart from the rest of the Member States – not using the official currency of the EuroZone is one example of this. How often do you hear people referring to “them” as Europe and, although we are Europeans from a geographical standpoint, the term is rarely used by UK citizens in a sense of ‘belonging’.

In the aftermath of the EU Referendum, we have the opportunity to re-create our relationship with continental Europe in a positive way that reflects the five UK virtues of military, diplomacy, intelligence, trading and finance rather than focusing on a drive towards integration (for which we will never understand Europe’s apparent need).

Look at Norway and Switzerland. Their relationship with EU Member States (in terms of trade and respect, etc) appears strong. Both sides are apparently happy with their state of affairs. We have a lot of work to do to form or reform that bond of mutual respect which will hopefully lead to strong trading relationships.

One thing I would add here is that we shouldn’t become too pessimistic about trade with EU countries. Such trade is mutually beneficial and has been for hundreds of years. Can you imagine the Germans not selling us cars or the French not offering us their wine?

Probably the most visible indication of post-Brexit uncertainty in the wake of June 2016’s Referendum was the dramatic exchange rate changes. The pound slumped to a 31-year low following the vote. The continued slide in sterling since then has hit us hard. In fact, only this week some airports offered less than €1 to the £1, in turn warning of the impending financial squeeze on UK travellers at EU destinations. Meals, coffees and teas and other items are now typically at least 22% more expensive than they were 12 months ago.

However, there has been a benefit for the British economy, with recent official data highlighting that retail sales leapt by 1.4% in July following a drop in June, apparently assisted by an influx of big-spending overseas tourists from outside the EU domain.

How does all of this affect the fire industry? Well, as individuals we would need to be paid more money to afford any overseas holidays. Companies buying systems, components or services from overseas are paying a higher price. In a Market Conditions Survey recently commissioned by the Fire Industry Association (FIA), there are clear signs of a decline in export growth in the region of 10%. That’s an indicator of the pressures placed on our exporters.

On a more positive note, it has perhaps never been such a good time to be a UK manufacturer. Look at what we have available to us at the Manufacturing Technology Centre (MTC) and what’s on offer from United Kingdom Export Finance (UKEF).

The MTC, which I recently introduced to FIA members by organising a tour of the facilities, was established in 2010 with the objective of bridging the gap between academia and industry. It represents one of the largest public sector investments in UK manufacturing to cover not only R&D, but also training, advanced manufacturing management and factory design. It has already assisted hundreds of companies across a range of industries and stands ready, willing and able to assist the fire industry.

Also recently introduced to the FIA’s membership by our representative Dr Carl Hunter, the UKEF has a range of innovative and useful ways in which to financially support SMEs and was formed to ensure that no viable UK export fails for lack of finance or insurance.

What’s happening when we leave the EU with reference to the BS and EN Standards? This is an area where we as lobbyists can have the greatest influence. As much as there has been a ‘Don’t worry… It will be business as usual’-style message from the British Standards Institution (BSI), there remains concern around to what degree it will be ‘business as usual’.

The BSI has been working with our stakeholders to communicate the key messages about the vital role of standards in supporting trade, growth and productivity. Is now not the time for the organisation to re-assert itself on the global stage?

The BSI states that it will maintain the UK’s membership of the three European standardisation organisations, namely CEN, CENELEC and the ETSI. For clarity, CEN and CENELEC are private organisations outside the EU and co-ordinate the work of 34 countries in the making and dissemination of European Standards (EN). Membership of CEN and CENELEC is linked to the adoption of European Standards and the withdrawal of conflicting national standards, facilitating market access across EU Member States.

It’s the BSI’s ambition – and also its confident expectation on behalf of UK stakeholders – for the UK to continue to participate in the European Standards system as a full member of CEN and CENELEC post-Brexit given the private status of these bodies. Remaining as a full member would bring maximum benefit to the UK’s fire industry economy in its new status outside of the EU as reciprocity of market access will reduce complexity for SMEs and consumers, saving time, money and effort while also ensuring product quality and safety.

On the world stage, membership of the two international standardisation organisations, ISO and IEC, will be unaffected by Brexit.

The subject of tariffs on imports and exports into and out of the EU is a complex one that’s being negotiated by a powerful group within Government. I think, though, that we can rely on the continuation of trade at a high level – remembering, of course, that the EU is our biggest trading partner by some way – as it’s mutably beneficial for all parties.

Offering a simplistic view on this, I would use the analogy of wine importing. If the EU raises the price of wine from all its Member States to a certain level due to high tariffs, we will then buy wine from Australia. Should the Australians want to raise prices to take advantage then we will instead buy from Argentina, etc. This is the way of the world as shown throughout history.

We have the best products in the world with tried-and-tested technology to match our regulated regime. We remain a key member of the G5, permanent members of the UN Security Council and NATO-2 and serve as the head of 53 nations contained within a Commonwealth housing the seven fastest-growing economies.