The Fire Industry Association (FIA) has a long history of producing high quality technical documents to assist those working within the fire protection sector. This long-standing tradition means that the FIA HAS produced hundreds of Fact Files and Guidance Notes over the years. Here, Robert Thilthorpe offers a round-up of the latest technical documents issued by the organisation.

The FIA Councils and Working Groups responsible for the documents produced are all FIA members, and all of them are experts within their respective fields, working alongside the main body of the FIA on various committees such as those at the BSI, where British Standards are drafted and revised prior to publication.

Let’s take a look at the fire detection and alarm technical documents produced by the FIA over the last 12 months.

Repeater panels are mentioned in BS 5839-1, but there’s currently no product standard for a repeater panel. Many manufacturers use the standard for CIE as a guide, but much of BS EN 54-2 isn’t applicable for a typical repeater and some products on the market don’t comply with BS EN 54-2.

In the longer term, it’s hoped that CEN TC72 WG7 will develop a subset of EN 54-2 to create a product standard and, when that exists, BS 5839-1 could be amended or the FIA could draft a further guide to ensure that appropriate products are specified in the various applications where repeaters are needed.

Guidance on the use of some of these is included in existing FIA documents. Fire detection in hazardous areas is not covered in this document.

Guidance Document: Interface Between Firefighting Systems and Other Systems in Commercial Kitchens
Suppliers of catering equipment are often required to provide fire protection systems and regularly have problems in ensuring that connections are made between the controls of the fire protection system and other systems, such as fire alarms, building management systems, kitchen extract fans and fuel supplies (which often need to be shut down in the event of a fire).

There’s a concern that the suppliers of other systems are reluctant to make the connections for several possible reasons: fear of setting off the fire protection system, fear of (or a reluctance towards) working in another contractor’s control box, timing (given that, quite often, one or other contractor isn’t on site when a further engineers is installing and wiring their system) and poor communication, resulting in a lack of understanding of the relevance and importance of inter-connections between systems.

This document covers definitions of fire protection words and phrases, further explanation of the types of systems, the applicable standards, testing and detail on service and maintenance.

During the design of a fire system, consideration is given to the fire risk(s) and the false alarm risk(s). Fire detectors are selected depending on the nature of the protected area and the risks associated with it. Often, this involves using different fire detector technologies in order to meet the diverse needs of both fire detection and false alarm rejection in each scenario.

Single-sensor detectors (eg optical smoke detectors and heat detectors) are suited to the detection of certain fire risks. Selection choices need to be made very carefully to optimise the detection of fire, but also minimise the occurrence of false alarms. The deployment of multi-sensor detectors means that the system could potentially detect fires earlier and yet avoid troublesome false alarms to a greater extent as well.

The choices and decisions concerning which detector types to use are initially made during fire system design, but are also sometimes re-visited – and even modified – during commissioning and/or maintenance. They’re not always well recorded, and nor is the rationale behind them. At a later time, for example during a maintenance visit, this can give rise to confusion. A clear understanding of the original reasons behind the choice of detectors and how they’re configured is necessary in order to verify continued suitability.

This document covers detector selection and application verification through a helpful flowchart, a table to help select the correct detector, an explanation of potential risks that may affect the choice of detector and some information focused on multi-sensor detectors.

BS 7273-4 Code of Practice for the Operation of Fire Protection Measures – Part 4: Actuation of Release Mechanisms for Doors was published on 30 June 2015. It replaces the 2007 version, which is superseded. This document recommends how to actuate mechanisms that unlock, release or open doors in the event of fire in all buildings including dwellings (except where stated).

It also provides recommendations for the design, installation, commissioning and maintenance of electrical control arrangements for the actuation of mechanisms that unlock, release or open doors in the event of fire. BS 7273-4 applies to all aspects of the interface between these mechanisms and a fire detection and fire alarm system, including interfaces that incorporate acoustic coupling and radio transmission.

The document also enhances some of the recommendations of BS 5839-1 with regard to detector siting and spacing in certain categories of system. On that basis, both British Standards should be referred to when specifying systems.

This FIA’s application guidance provides information to help practising fire safety professionals understand BS 7273-4:2015. This must be read in conjunction with the British Standard which takes precedence. The FIA’s guide covers the definition of a door release mechanism, why a door release might be installed, categories of actuation and the correct spacing of detectors.

In conjunction with other partners, the FIA conducted a research programme on false alarms with input from the Scottish Fire and Rescue Service. The report, which was published in 2016, highlighted a number of sources of false alarms. Activation of a manual Call Point was shown as the cause of a false alarm for 12% of all false alarms in the survey. This was due to either physical impact on the Call Point or accidental or malicious activation. The report concluded that the fitting of a protective cover on Call Points could reduce the level of false alarms by 16%. 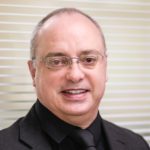 As a result of the Scottish False Alarm Report (SFAR), it was decided to incorporate compensatory measures into the re-write of BS 5839 Part 1 (to be BS 5839 Part 1:2017). The recommendations from the SFAR suggested that all manual Call Points should be fitted with a protective cover to help reduce incidents of accidental activation of the Call Point due to breaking the ‘glass’. Also, the recommendations included (in certain vulnerable areas) side impact protection for Call Points to prevent inadvertent operation due to impact from trolleys and other such objects.

This guidance documents looks at the benefits of Call Point protection and where and how they should be fitted in line with recommendations in the British Standards.

For those of you who may be interested in what it takes to run a successful fire detection and alarm company, the FIA has issued another document entitled ‘Creating and Operating a Successful Fire Trading Company’. Developed in partnership with the National Fire Chiefs Council, Trowers & Hamlins and Grant Thornton, this extensive document is designed to assist FIA members (and, indeed, non-members) to develop a business in the fire sector. The document contains six Case Studies as well as information about creating a fire trading company.

Robert Thilthorpe is Technical Manager at the Fire Industry Association

*If any of the above guidance documents catch your eye, head to the FIA’s website (www.fia.uk.com), click on ‘Resources’ and visit the publications library to download the specific information you need. You’ll also find many other technical documents on a wide range of fire protection-related subjects

**The FIA aims to lead on excellence in fire safety. As such, all documents are peer reviewed and checked for technical accuracy such that you can be assured you’re receiving the highest quality advice and guidance