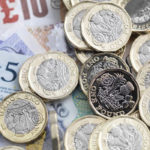 The number of ‘dawn raids’ conducted by the Financial Conduct Authority (FCA) has almost doubled in the past year from 13 in 2017 to 25 in 2018* states fscom, the financial services regulatory consultancy. fscom says that one of the drivers of the jump in raids is likely to be an FCA crackdown on unregulated investments. Some investment providers have been accused of misleading retail investors into believing their products are regulated.

fscom has affirmed that the FCA is likely to take a very active stance in clamping down on unregulated investments following the collapse of London Capital & Finance (LCF). LCF offered retail investors an 8% annual return on its ‘minibonds’. The firm entered insolvency in December last year having raised a reported £214 million from approximately 14,000 individual investors.

FCA raids are searches of business and individuals’ premises by the regulator under warrant and in the presence of a police officer. These are often carried out in the early hours of the morning and are designed to capture as much potential evidence as possible. Arrests can also be made.

Other unregulated investments that have been targeted for raids by the FCA include ‘boiler room’ scams and unregulated high-risk investments in binary options, overseas property and wine.

fscom adds that the 25 raids undertaken by the FCA in 2018 is the highest annual total since 2010 and the fall-out from the credit crunch. The number of raids had fallen to single digits between 2014 and 2016 as investigations of financial crisis-era misconduct, such as the rigging of LIBOR and forex rates, reached their conclusion.

Jamie Cooke, managing director at fscom, commented: “Enforcement activity against potentially criminal behaviour in financial services seems to be on an upswing. Investment frauds and the more extreme forms of mis-selling are often discovered when the broader economy and the property markets slow. This is something that we’ve seen over the last year. Unregulated investments targeting retail investors are high on the FCA’s agenda and among the issues triggering raids. The regulator will be hoping to discourage scams by undertaking raids of businesses that mislead individuals. The collapse of LCF has drawn a lot of attention to the issues around unregulated investments heavily marketed through the Internet and the risks they can pose to investors.”

Cooke added: “The FCA will be keen to respond to those risks with the powerful tools at its disposal, such as dawn raids. For their part, businesses that offer unregulated investments to individuals must be very sure that they truly are operating outside the FCA’s regulatory perimeter, are not misleading investors and only taking investments from high net worth and sophisticated investors.”