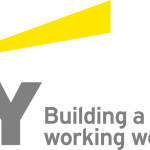 EY has appointed five new partners to its UK and Ireland Fraud Investigation and Dispute Services (FIDS) team as record growth generated by the business is expected to see revenues hit the £100 million mark in 2016.

EY’s UK FIDS practice has witnessed an annual growth rate of around 20% each year for the last five financial years, posting revenues in excess of £77 million in 2015. Continued investment is being made in the business to support future expansion.

The increasing use of technology and data analytics is playing an important role in responding to the regulatory and compliance needs of UK businesses. This has included using artificial intelligence and statistics to identify patterns of behaviour that could indicate misconduct through social media, e-mails and voice data.

Amid a year of high-profile cyber attacks in 2015, FIDS has also been active, using forensic technology to track the ‘footprints’ left behind by cyber criminals in the aftermath of data breaches.

The new partners will build on this momentum and help drive growth across the UK practice in a number of areas. David Higginson and Trevor Horwitz will be working with businesses to tackle all forms of financial crime in addition to advising companies faced with regulatory investigations and enquiries related to economic sanctions, money laundering and financial miss-statements.

Horwitz will have a particular focus on using technology, data and analytics to uncover financial criminality.

Eoin O’Reilly has been appointed to head up the Data Analytics function in Ireland, while Melissa Myatt and Richard Abbey have been appointed to lead teams specialising in responding to complex corporate fraud and bribery cases as well as regulatory breaches across multiple jurisdictions.

Abbey joins the firm from Stroz Friedberg, the global investigations company, where he led the forensic accounting practice. Prior to this, Abbey was the global head of investigations and disputes at risk consultancy firm Kroll.

Higginson, Horwitz and Myatt have been promoted within their respective areas.

Smart continued: “Helping companies to protect their reputation and reduce financial risk is what drives our business. It’s at the very core of what it is we do. Our forensics practice has seen phenomenal growth over the last two years, and we’ve similarly ambitious targets to achieve by the time we reach 2020.”