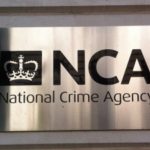 Investment banker Ellias Nimoh Preko who laundered millions of dollars for James Ibori – the former Governor of Delta State in Nigeria – has been hit with a £7.3 million confiscation order. The National Crime Agency’s (NCA) financial investigation into 60-year-old Preko began after he was convicted of money laundering in December 2013 for handling funds plundered from Delta State by Ibori. He was sentenced to four and a half years.

At Southwark Crown Court the Judge ordered Preko to pay back £7,324,268.41 within three months or serve a ten-year default prison sentence.

Kim Kitney, head of financial investigations for the NCA, said: “Professional enablers such as Ellias Preko, who use their legitimate position within the finance industry to conceal the illicit funds of criminals and corrupt elites, are the lynch pin of the billions of dollars laundered through the UK each year. Pursuing, prosecuting and making them pay is a priority for the NCA and we will continue to target these corrupt individuals to drive illicit finance out of the UK.”

Preko worked for Goldman Sachs dealing with West African clients, but in 2001 the company decided to refuse to act on behalf of Ibori and other African clients due to suspicions and risk associated with them.

Preko subsequently left and took Ibori with him as a client, setting up a number of corporate vehicles on his behalf. These subsequently received US$3.9 million which represented funds stolen from Delta State.